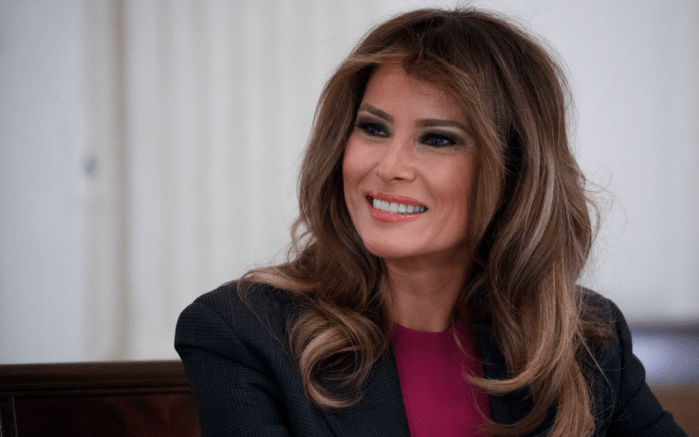 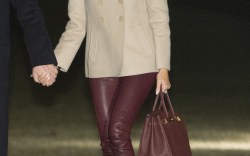 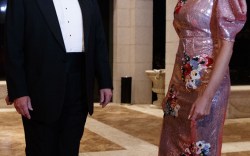 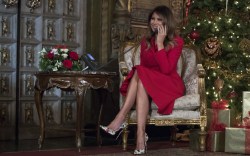 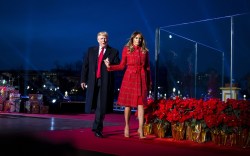 Despite criticism surrounding her anti-cyberbullying campaign, which she launched at the White House yesterday, first lady Melania Trump appeared confident and ready to host the cybersafety discussion in her favorite style Loubs.

Arriving in the State Dining Room on Tuesday afternoon for a roundtable talk on the issue with top leaders from the tech world, she showed off a sleek black Calvin Klein suit paired with a hot-pink top and red patent leather python Christian Louboutin So Kate pumps for the occasion.

It’s no surprise that the former model would reach for the tried-and-true style from the iconic designer, as they’re often her go-to. Most recently, at the White House’s Shamrock Bowl presentation last week, the 47-year-old wore the same pointy-toed heels with a python roccia upper and an assortment of tiny multicolored gemstones.

Trump addressed critics who called her campaign hypocritical because of her husband’s history of outbursts toward his enemies on Twitter.

With executives from the likes of Twitter, Facebook, Amazon and Google on hand, Melania said: “I am well aware that people are skeptical of me discussing the topic. I have been criticized for my commitment to tackling this issue, and I know that will continue, but it will not stop me from doing what I know is right. I am here with one goal: helping children and our next generation.”

For more of Melania Trump rocking Louboutins, check out our gallery of the first lady’s style.