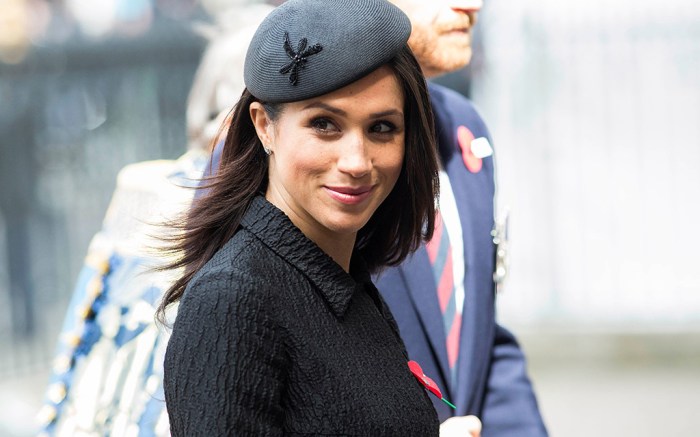 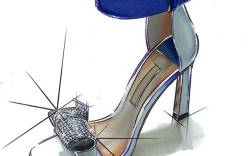 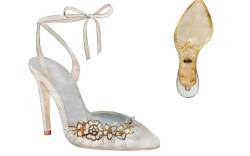 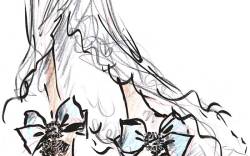 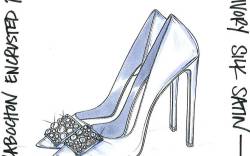 With the royal wedding just three days away, all eyes are on bride-to-be Meghan Markle. While many fashion insiders are buzzing about the dress, we bet the shoes will steal the show.

After all, ever since she got engaged to Prince Harry late last year, Markle has been experimental with her footwear choices — which are reflective of her bold personality. And top designers, including Giuseppe Zanotti, Roger Vivier and Aquazzura have definite ideas about the styles they want to watch Markle wear when she weds Prince Harry in the much-buzzed-about event on Saturday.

Edgardo Osorio, founder and creative director of Aquazzura, said he envisions Markle wearing a beautiful pump in lace with delicate embroidery, contrasted with sharp and elegant lines. “Meghan likes pumps and this one is very feminine, but also modern,” Osorio said of his design. (Markle chose Aquazzura for several occasions, including her much-talked-about engagement look.

Giuseppe Zanotti said a pair of classic stiletto heels would enhance Markle’s silhouette. “The delicate satin bows give the shoe a sophisticated touch,” the designer said.

Markle has chosen shoes from Sarah Flint several times, and the emerging designer dreamt up an intricate design that plays up the history.

“For Meghan’s fantasy wedding shoe, I wanted to create a classic, elegant design that would bring together aspects of both her background and Prince Harry’s. The flower detail on the front consists of roses (the national flower of the U.S. and the U.K.) and bunchberries (the national flower of Canada), with gold, mother-of-pearl, and pearl accents as well as a little something blue with the lining,” Flint said. “The hand-pleated satin in the front adds personality, as does the tie at the ankle. For the outsole, I was inspired by Princess Diana’s wedding shoe and included Meghan and Prince Harry’s initials – the wedding date would be added once it’s revealed.”

Click through the gallery to see fantasy shoe sketches from 10 top designers.