What to Expect From Meghan Markle’s Maternity Style 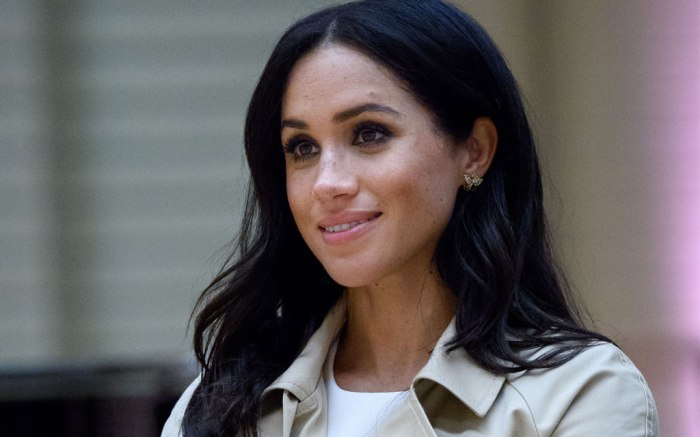 Before Meghan Markle became the Duchess of Sussex, many including the press, the masses and those with a keen sartorial eye had mused about the style expectations that came with her new role as a royal.

Now that she’s pregnant with her first child — and found her fashion footing as a duchess — the conversation has instead shifted to Markle’s expected maternity style.

If her latest public appearances are any indication, it appears the mom-to-be will be married to a number of wardrobe staples for the next six months, including a mix of tailored outerwear and figure-hugging pieces. (The 37-year-old is said to be 12 weeks pregnant and due in the spring.)

During a recent outing in her namesake of Sussex, for instance, Markle embraced her naturally lithe figure through a silk shirt and leather pencil skirt pairing. She topped off the ensemble with a timeless cashmere double cloth overcoat.

As for shoes, the former actress has kept to her rotation of signature pumps, counting among them Aquazzura and Sarah Flint.

However, that’s not to say she’s eschewing more comfortable footwear altogether. In fact, Markle traded her nude heels for a simple pair of black flats by Rothy’s during the first full day of her royal visit to Australia, promptly putting back on the pumps after getting to point B.

During her pregnancy, it is likely Markle will keep her penchant for commingling textures and clean silhouettes, flaunting a growing baby bump with favorites such as her fitted sheath dresses and careful suiting — pointed-toe stilettos, notwithstanding.

And just like we witnessed her transition from actress to duchess, we’ll continue to keep an eye on this mom-to-be’s effortlessly chic style.

Click through to see all of Meghan Markle’s maternity style, thus far.