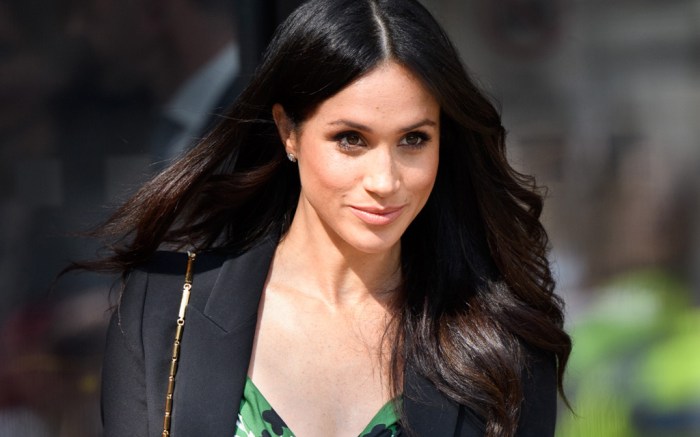 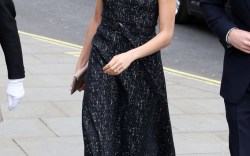 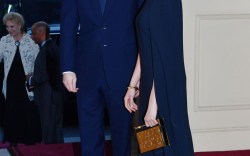 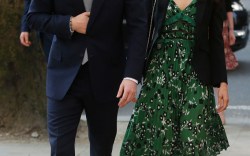 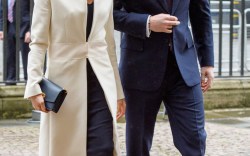 Two might be a coincidence and three a trend — but four? We’re calling favorites.

It appears there’s one designer Meghan Markle can’t seem to get enough of: Manolo Blahnik. The soon-to-be royal has been spotted in the brand’s classic BB pumps four times in the last week alone.

This morning in London, Markle joined fiancé Prince Harry and his brother, Prince William, at Westminster Abbey, where they attended an Anzac Day service. She marked the occasion in her go-to heels with a matching all-black ensemble and fascinator.

No more than two days earlier, Markle appeared at another memorial ceremony to commemorate the life of Stephen Lawrence, a British teenager who was murdered in a racially motivated attack as he was waiting for a bus. Keeping it simple, the future duchess went for the BB pumps’ nude iteration, which she wore with a printed midi-dress by Boss.

And it wasn’t long before that when Queen Elizabeth II celebrated her 92nd birthday. On April 21, Markle and her princely beau went all out in coordinating style, donning elegant blue outfits — his a dashing suit and tie, hers a classy cape dress.

The couple also headed to an Invictus Games reception, where Markle sported a cold-shoulder dress from Self-Portrait in spring-ready green with florals. For footwear, she opted for her trusty pair of classic black Manolos yet again.

“It is a great honor and joy to have my shoes worn by such a beautiful young lady,” Blahnik previously shared with FN. “Meghan is well on her way to becoming a style icon of the 21st century.”

See all the times Meghan Markle has styled her Manolo Blahnik BB pumps.