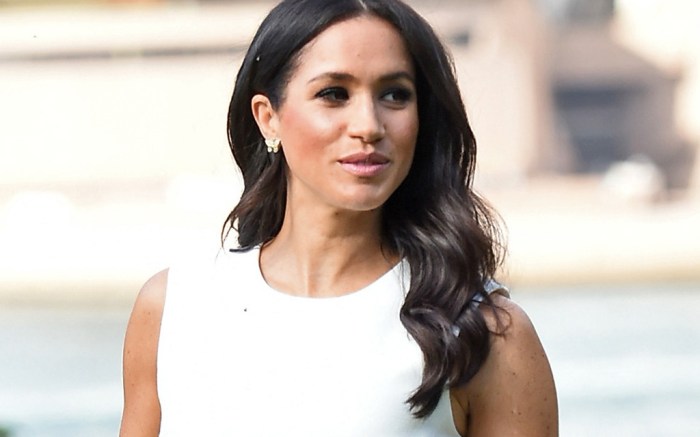 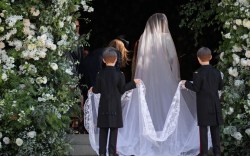 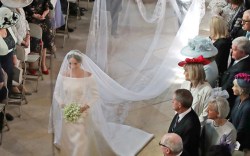 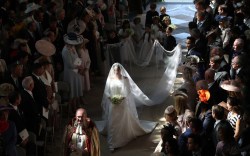 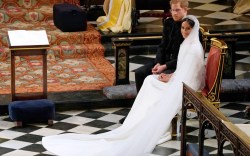 After Meghan Markle revealed that she’s pregnant, plenty of eyes will be on the Duchess of Sussex’s belly as royal watchers count down the days to a visible baby bump. Alas, no baby bump was in sight on Tuesday in Sydney (15 hours ahead of NYC) in a form-fitting dress while on a tour of Australia.

The former actress, alongside Prince Harry, looked chic in a sheath dress by Karen Gee, a designer from the host country, as she was greeted by the Governor-General of Australia, Peter Cosgrove, and Lady Cosgrove, as well as representatives from the 18 countries participating in the Invictus Games, of which Harry is a patron.

Harry and Meghan have been give a kangaroo and its Joey. Our first baby gift! Exclaims Meghan. pic.twitter.com/Lxvc3QQYCh

Royal observers went wild with her apt choice, crashing the Aussie designer’s website, according to Meghansfashion.com. Dubbed the Blessed dress from the label, it came in white and cut below the knee. Markle coordinated the look with a pair of suede nude heels.

The duchess already received her first baby gift at the Cosgrove’s residence — a pair of Uggs and a plush Joey kangaroo keepsake.

Some of the other activities on the itinerary include a visit to the zoo, a dance rehearsal and an evening reception.