Meghan Markle Loves This Top So Much, She Owns It in 2 Colors 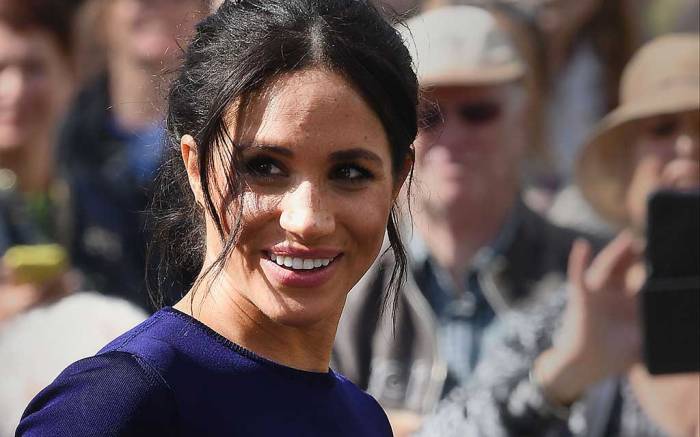 On Wednesday, the final day of her royal tour of Australia and New Zealand with Prince Harry, Meghan Markle gave equal play to both the designers who created her wedding looks. Having donned a dress by Stella McCartney for a traditional Maori ceremony in Rotorua, New Zealand, she changed into a Givenchy ensemble by Clare Waight Keller for a visit to a kiwi breeding center in Rainbow Springs.

The duchess wore said Givenchy top in green during a visit to Ireland in July. After all, every busy person knows the value of buying multiple versions of tried-and-tested wardrobe staples.

She teamed the outfit with the Manolo Blahnik BB navy pumps she wore at the Maori ceremony. During the ceremony, called a pōwhiri, incidentally, the duchess also sported a cloak made of pheasant feathers.

Later in the day, the royal couple took a walk through a redwood forest where they met the local mountain biking community. They also walked across a 700-meter suspension bridge walkway between the trees. The duchess did not wear Manolos for this exercise, instead opting for flats by Birdies, which she’s sported in the past. Markle also wore a jacket by Norrona Oslo that she teamed with jeans by Mother denim. She has worn the jeans before, too.

Click through to view every look from Meghan Markle’s royal tour.