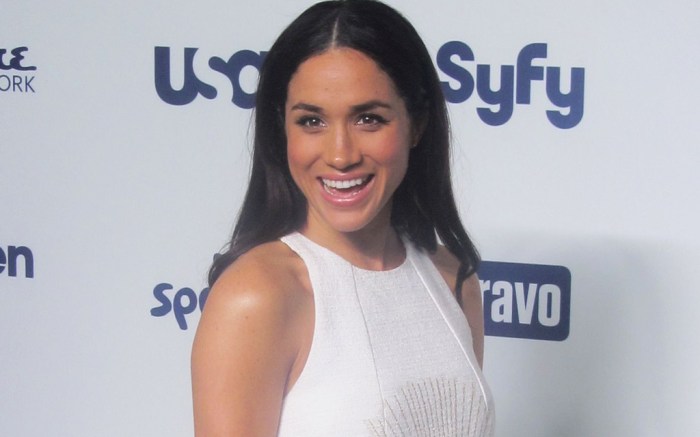 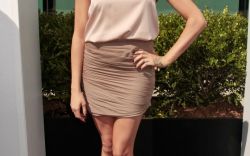 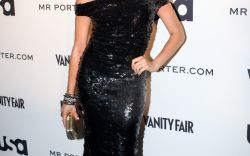 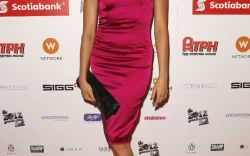 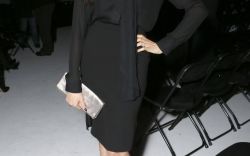 When news broke in October 2016 that Britain’s Prince Harry was dating Meghan Markle, the American actress was suddenly one of the biggest trending searches on Google. And the global fascination catapulted even further when the two announced their engagement this past November.

FN, for one, has been closely following Markle’s style choices over the past year and half, noting her preference for strappy stilettos from Aquazzura (worn for her engagement announcement) and high-heeled Stuart Weitzman boots (spotted recently during the Christmas holidays).

And for her first event of 2018, she picked a pump from American designer Sarah Flint.

But we can’t help but wonder whether the royal family has influenced Markle’s style. So our editors headed to the archives to find photos of Markle from before her relationship with Prince Harry began in early 2016.

What we discovered is that the actress did undergo a style evolution over the years. In her first red-carpet events in 2012, after premiere of “Suits,” Markle generally stuck with classic, ladylike pumps in neutral tones of black and tan. It was an elegant look, although decidedly safe.

In 2013, though, she began to step in more-daring strappy heels, such as this fun number that she wore to New York Fashion Week in September. It’s a look that feels confident and playful.

Over the next year, Markle hit the red carpets in a mix of pointy-toe pumps and heeled sandals, seemingly experimenting with unexpected materials and colors. One highlight was the colorful embellished style she wore a Miu Miu event in 2014.

And by 2015, the California native reached — what some call — the pinnacle of style confidence, stepping out in more-casual styles such as boots and pointy-toe flats.

Which leads us to her current style, which is a perfect blend of all these eras, culminating in an elegant, ladylike aesthetic that is simultaneously exciting and confident.

To see more of Meghan Markle’s style in the days before Prince Harry, check out this gallery.