You Have to See Meghan Markle’s Take on Beach Footwear 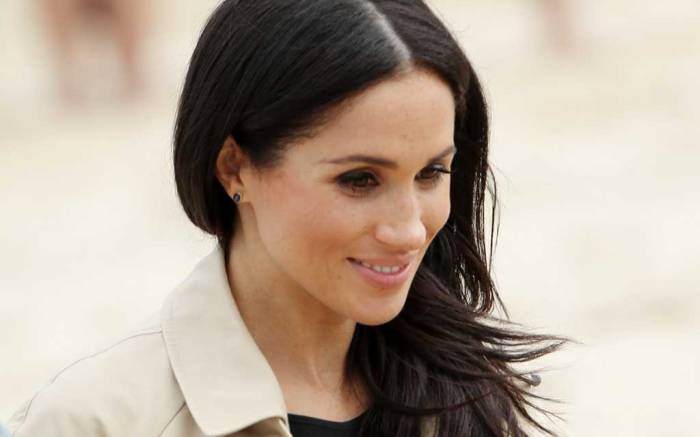 For his spring ’19 Chanel show this month, Karl Lagerfeld turned Paris’ Grand Palais into a grand plage, complete with real sand and actual waves. As for the models, he sent them out barefoot, carrying their lucite heeled sandals in their hands. That wasn’t the case with Meghan Markle. Fast forward to South Melbourne Beach, Australia, on Thursday.

Following a morning walk and a visit to Government House Victoria, the Duchess of Sussex and Prince Harry hit the beach to meet some lifeguards. Markle swapped her navy Dion Lee dress for a more casual option by Club Monaco —  though in the same color —  and a trench coat by Martin Grant. She switched her Manolo Blahnik BB suede navy high-heeled pumps for a pair of Rothy’s pointed flats that she wore on Tuesday.

Not the most ideal beach footwear, though more practical than the aforementioned heel would have been. So why didn’t she sport a nice pair of sandals? Anything with an open toe is considered too casual for official royal engagements.

During their earlier visit to Government House, the royal duo also ventured into the great outdoors to meet participants in an initiative encouraging more women to take up sport. Markle failed to participate herself, but in those heels? We can hardly blame her.

Those are the same Manolo Blahnik BB style that she wore to attend Princess Eugenie’s wedding last week in Windsor, England. Kate Middleton once played cricket in a pair of wedges during a royal tour of India. But still.

Markle’s Dion Lee look from earlier in the day scored so much buzz that it crashed the brand’s website.