Meghan Markle Ties On an Apron & Preps Meals for the Needy 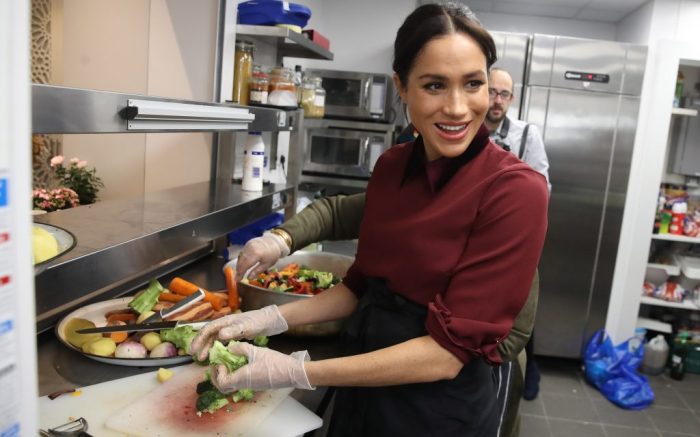 Meghan Markle may call England her home, but it looks as though that hasn’t stopped her from embracing Thanksgiving early — or at least the giving spirit.

On Wednesday, the Duchess of Sussex visited the victims of the 2017 Grenfell Tower fire at Hubb Community Kitchen, a communal establishment at the Al Manaar Heritage Center in West London, to prepare at least 200 fresh meals for the local community, including elderly people’s homes, homeless shelters and women’s refuges.

Markle has made regular private visits to the kitchen since January. In September, with the support of The Royal Foundation, they launched “Together: Our Community Cookbook,” a charitable tome featuring more than 50 recipes from women who were affected by the Grenfell Tower fire. Proceeds from the book help the kitchen stay open.

And in the couple of months since the cookbook’s inception, it’s made a huge difference (40,000 copies were sold in the U.K. alone, with $270,000 raised). Now the kitchen, which used to be open for two days a week, has been renovated and is open daily. The new facilities are “a safe and professional space for the women to cook, gather and run activities within their community,” according to Kensington Palace.

In the kitchen, Markle got down to work. She shed her coat, tied on an apron, rolled up her sleeves and began prepping food with the women there.

Click through to view more of Meghan Markle’s maternity style.

Meghan Markle’s Favorite Castañer Wedges Are On Sale for $91