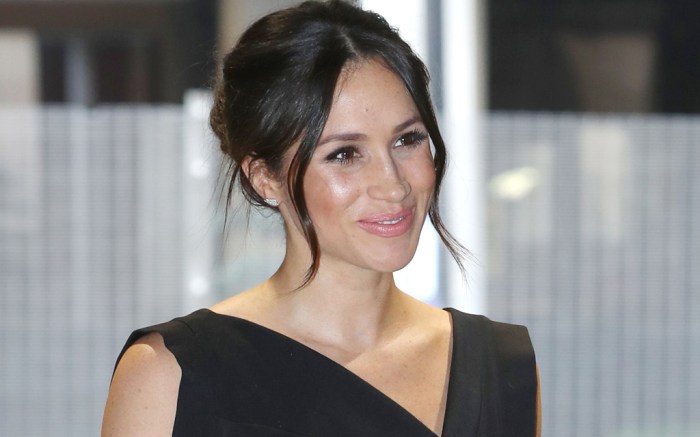 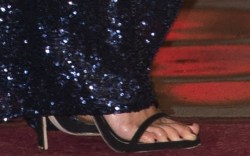 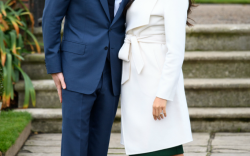 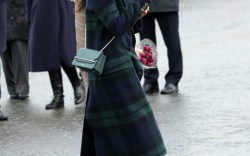 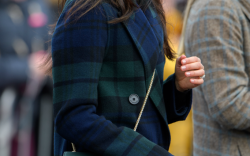 Meghan Markle is about to become royalty — but she’s unafraid to break with royal tradition when it comes to her style.

Although Markle has been opting for traditional midi dresses and smart coats that wouldn’t seem out of place in Kate Middleton’s closet, the duchess-to-be has infused her personal style ethos into her wardrobe through her accessories.

Royal tradition dictates that family members sport hats at formal events, but Markle has often shirked the elaborate fascinators in favor of going bareheaded. This Wednesday, Markle did sport a hat for Anzac Day — but rather than opting for a fascinator, she selected a wide-brimmed hat with no bells and whistles, pairing the style with a gray button-up coat and Sarah Flint pumps.

As far as purses go, Markle’s also opted for untraditional style, breaking with precedent set by Middleton and Princess Diana before her, who both chose clutches to avoid handshaking.

The “Suits” star has worn crossbody bag several times. For instance, she selected a black and white striped Oroton purse — which she paired with an striped Altuzarra dress and Tamara Mellon pumps — for an April 18 appearance.

Markle’s also frequently caused a stir by going without stockings. The royal family has an unspoken pantyhose policy that Markle has violated on numerous occasions — including for her official engagement photo-call. At the photo-call, Markle showed her bare legs in a chic white wrap coat with strappy Aquazzura pumps.

Although Markle doesn’t appear to have broken any shoe style rules, the 36-year-old often chooses criss-cross strap pumps that make an edgier statement than the classic heels sported by Middleton and Queen Elizabeth II. But Markle’s favored Manolo Blahnik BB pumps, which she’s stepped out in frequently lately, would fit right into Middleton’s more conservative wardrobe.

Click through the gallery to see more of Markle’s tradition-breaking style.