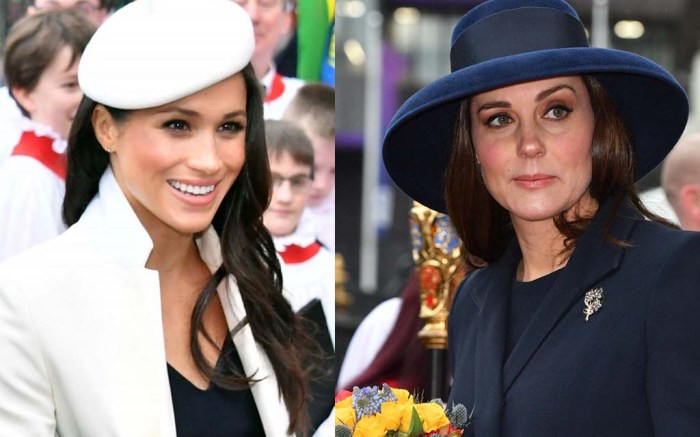 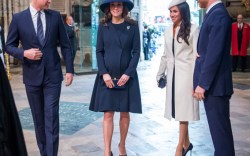 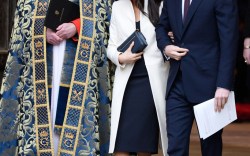 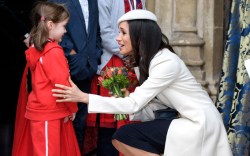 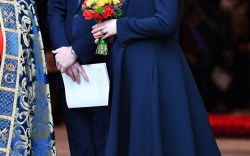 “It’s a good shoe for every occasion,” Manolo Blahnik has said of his BB pumps. It’s been 10 years since the designer created the footwear and named it after French movie star Brigitte Bardot.

And fellow actress Meghan Markle made good use of the heels today in observance of Commonwealth Day in London at Westminster Abbey.

Markle, who is Prince Harry’s fiancée, stepped out with him wearing a cream-colored sculpted coat with a midnight minidress, both by Amanda Wakeley.

The bride-to-be is expected to walk down the aisle within the next two months.

Her navy shoes by Blahnik featured a low-cut topline and retail for $625 on Nordstrom.com.

Similarly, the Duchess of Cambridge had on blue heels, but she teamed them with an entirely monochromatic look. Middleton’s shoes by Rupert Sanderson were nearly identical to Markle’s footwear.

Both styles were navy, featuring pointy-toe profiles and 4-inch heels. And both of the women have mastered how to look contemporary and play within their guidelines and dress codes.

Typically, while performing royal duties, the women wear skirt lengths that cut around the knee, which for some people can be a concern because it shortens their leg lines. In Markle’s case, the coat and dress went below the knee. However, with the right shoe silhouette, a few extra inches can be achieved. The easy solution: low-cut vamps with pointy toes.

The lower the cut, the greater the illusion that your legs are much longer because it starts closer to the toebed, away from the ankle. Markle is believed to be around 5 foot 7 inches; meanwhile, Harry is 6 foot 1 inches, so the extra boost will help the lovebirds appear closer in height in photographs. Of course, 4-inch heels have that soaring effect, too.

See more images from the festivities on Commonwealth Day.