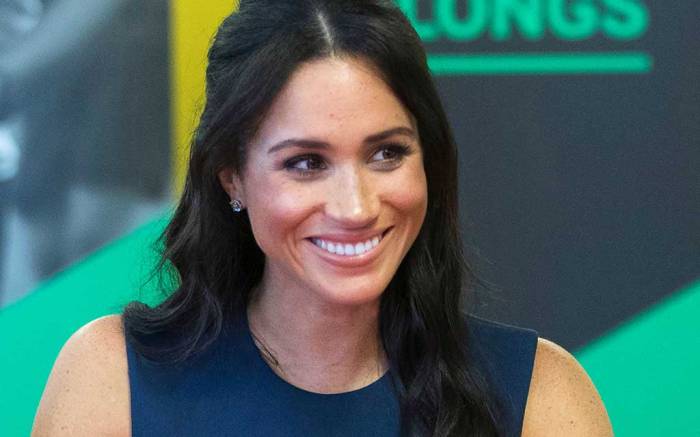 For her second outfit of the day during her Australian visit on Friday, Meghan Markle wore Roksanda by Roksanda Ilincic. The Duchess of Sussex opted for one of the British designer’s signature and uber-flattering fit and flare midi dresses called the Athena. (The Duchess of Cambridge is also a fan of the designer).

But it’s not the first time today that Markle has channeled the Middleton family — she wore a pair of $120 espadrille wedges from Castañer during her earlier visit to Bondi Beach, a label that both Kate and Pippa Middleton have sported.

Markle’s sleeveless navy frock had a contrast hem detail in pale blue and an interior lining in scarlet. It retails for $1,690. The silhouette is good for accommodating a growing baby bump.

The pregnant Markle chose the look to visit Sydney’s Macarthur Girls High School and to meet with the Australian prime minister and leader of the opposition later that day. Roksanda is the first British designer the duchess has worn on her Australian tour thus far.

She teamed the dress with the $375 taupe suede The Legend pumps by Stuart Weitzman that she wore on Tuesday.