9 Times Celebs Dressed Like They Were in ‘The Matrix’ 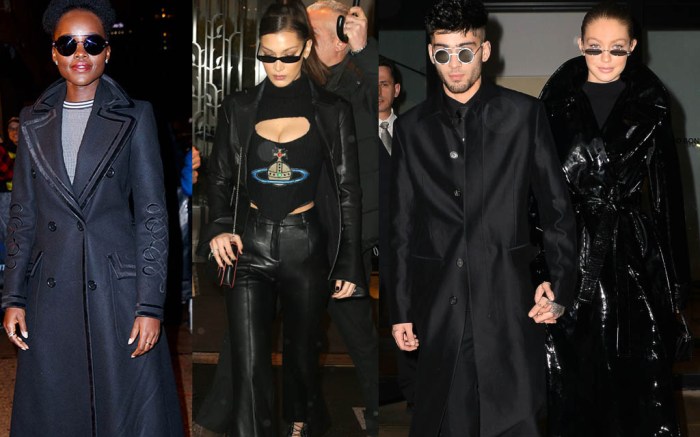 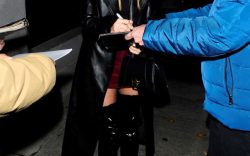 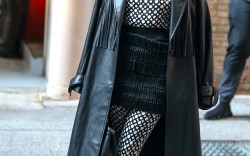 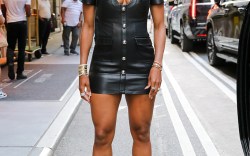 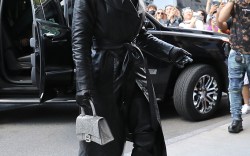 With ’90s style trends coming back full force in recent seasons, it’s no surprise the 1999 film “The Matrix” is influencing today’s fashion scene. Thanks to Neo (Keanu Reeves), Morpheus (Laurence Fishburne) and Trinity (Carrie-Anne Moss) — small-framed sunglasses, patent leather and the long black coats have been spotted on the most influential style stars.

Just last night, for instance, Oscar-winner Lupita Nyong’o made an appearance on “The Daily Show with Trevor Noah” looking like she came straight out of the ’90s sci-fi film. Wearing black patent pointed-toe slingback sandals by Christian Louboutin, the actress donned a long black trench coat and round black-out shades to complete her look.

If there’s going to be a reboot of the movie, we know who to call.

But it was her sister Gigi Hadid who really brought “The Matrix” style to life when she stepped out with boyfriend Zayn Malik to celebrate his 25th birthday last month.

So if you can’t decide between blue or red, always fall back on black — just like these stars.

Click through the gallery below to see more celebs who can’t get enough of this “Matrix”-inspired style.