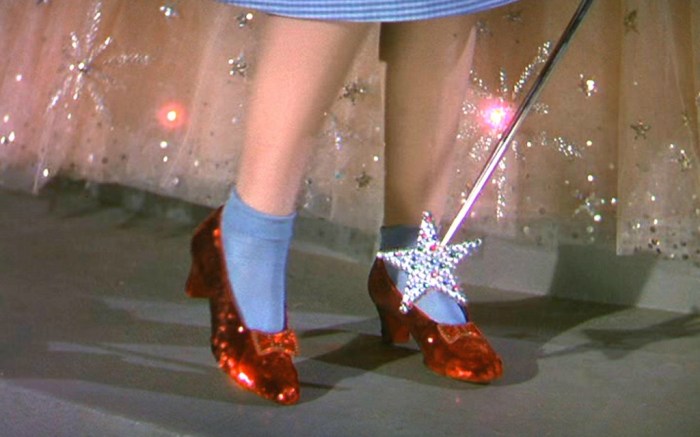 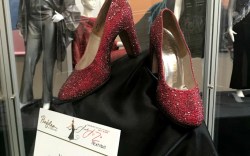 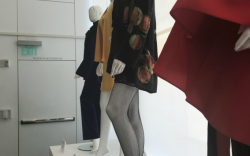 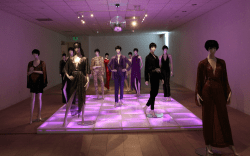 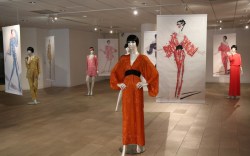 While many know that Liza Minnelli is the daughter of Judy Garland, it’s not exactly common knowledge that when she walked down the aisle to marry her second husband in 1974, she wore custom ruby slippers that were designed to replicate her mother’s famous shoes in “The Wizard of Oz.”

Coincidentally, Minnelli married Jack Haley Jr., the son of the actor who played the Tin Man opposite Garland’s Dorothy in the iconic 1939 film while sporting the sparkly heels designed by Herbert Levine.

Yes, the son of the Tin Man married Dorothy’s daughter.

Minnelli won an Oscar in 1973 for “Cabaret,” and the iconic costume is also on display, featuring the same boots she wore in one of her many performances.

Now, the shoes, along with other items including artwork, vintage gowns from Halston, her friend, Dior, Chanel, and rare photos, are on display at The Paley Center for Media’s “Love, Liza: The Exhibit.” It’s open to the public through April 29.

Moreover, 2,000 items will be up for auction in June with proceeds going to the Great American Songbook Foundation.

Beyond the ruby slippers, other memorabilia up for grabs includes Minnelli’s original script from “Cabaret” featuring personal annotations, her plaque acknowledging the Oscar nomination and her waitress costume from her 1981 film “Arthur.”

Scroll through the gallery to check out more on display at The Paley Center.