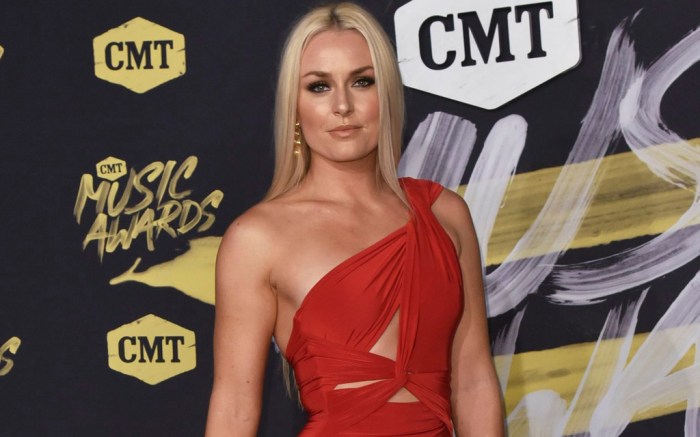 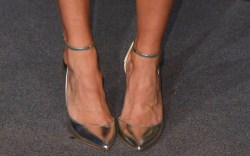 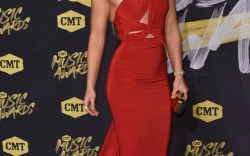 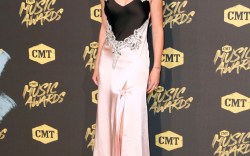 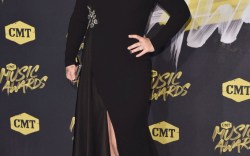 Lindsey Vonn looked red-hot on the red carpet tonight in Nashville, Tenn., at the CMT Awards.

The Under Armour star arrived in a sensual one-shoulder red dress that incorporated cutouts around the bodice, highlighting her athletic figure. The gown had a floor-length skirt that draped over what appeared to be gold sandals. The hue matched her accessories, too, including a watch, earrings and a clutch.

Of course, the color is a fitting nod to Vonn’s accomplishments. Among her many accolades, the sports star has Olympic gold and bronze medals, two World Championship gold medals and four overall World Cup titles.

The CMT Awards honor outstanding achievement in country music and includes performances from big music stars. Kelly Clarkson is set to perform her cover of The Guess Who’s “American Woman” during the program, which is hosted by Little Big Town. Additionally, the Backstreet Boys, Dierks Bentley, Darius Rucker, Florida Georgia Line and Sam Hunt will debut performances of their new songs.

Scroll through the gallery to check out more celebrity style on the red carpet at the 2018 CMT Awards.