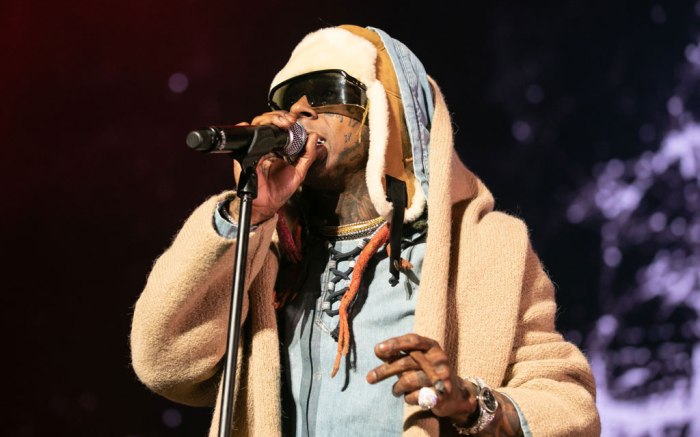 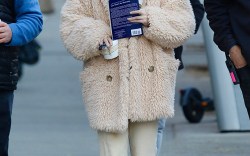 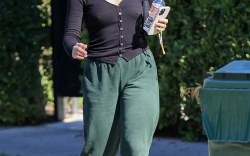 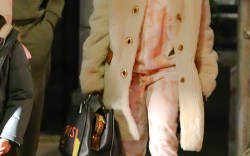 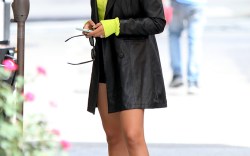 Lil Wayne has been wearing Uggs for years, but the rapper really took things to another level at a Thursday performance in Detroit.

The 36-year-old hit the Little Caesar’s Arena stage while clad in a pair of over-the-top Y/Project x Ugg boots.

Wayne’s boots were an $800 style from the buzzy collaboration between the two brands. The shoes offer a futuristic take on the classic Ugg silhouette, featuring a triple-layered styling that can be folded up and down to the wearer’s liking.

The “6 Foot 7 Foot” rapper wore all three layers rolled down. He went for a full-on cozy look in a shearling-lined aviator cap and cozy tan sweater (which he later took off).

The temperature inside the arena must have been pretty cold, as Wayne wore a denim lace-up long-sleeved shirt and zebra-print pants to finish off his look. The star added a bit of rock-star glam with a pair of oversized sunglasses that hit most of his face.

While his decision to step out in the Y/Project x Ugg boots might be surprising to some, he’s not the first celebrity to slip on the wild shoes.

Rihanna tested out a thigh-high pair of boots from the collab for Coachella in April. The “Pon de Replay” singer styled her boots with the same sheer camel-colored dress that Y/Project paired them with on the runway.

Click through the gallery to see celebrities who love their Ugg boots.

7 Adorable Ugg Styles for Kids of All Ages