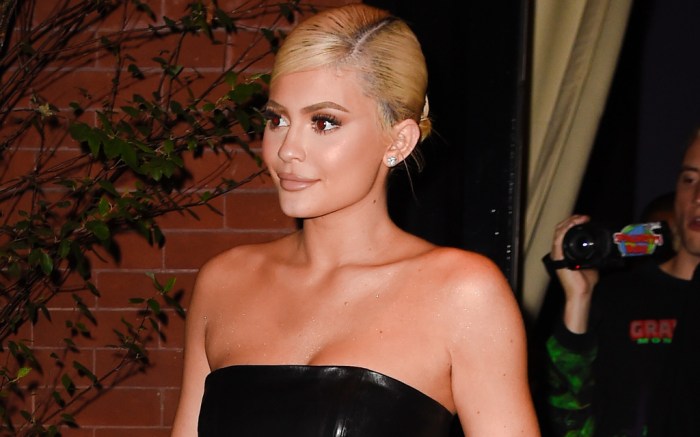 Kylie Jenner’s been posting up a storm on Instagram lately.

And the newly minted 21-year-old kept the streak going with a sultry post today, sharing two images of herself in a casual ensemble posed on the porch.

In the snaps, Jenner sports a leopard-print tanktop with a pair of Travis Scott sweatpants, which read “Astroworld” on one leg and “Wish You Were Here” on the other.

Jenner and Scott have been dating for more than a year and have a child together, daughter Stormi. So, it comes as no surprise that the reality star would wear sweats in support of the rapper.

As for her footwear, Jenner selected chunky Adidas Originals by Alexander Wang trainers. The makeup mogul has worn looks by Wang often in recent months, even accompanying the designer to the Met Gala. And with both Adidas Yeezy designer Kanye West and Adidas Originals ambassador Kendall Jenner in the family, the athletic wear giant is a logical choice for Jenner.

The particular kicks she chose are the AW Turnout Trainer Sneakers, which are suede and nylon canvas low-tops in black with a sculpted rubber midsole. The on-trend shoes retail for $250 and are available for purchase now.