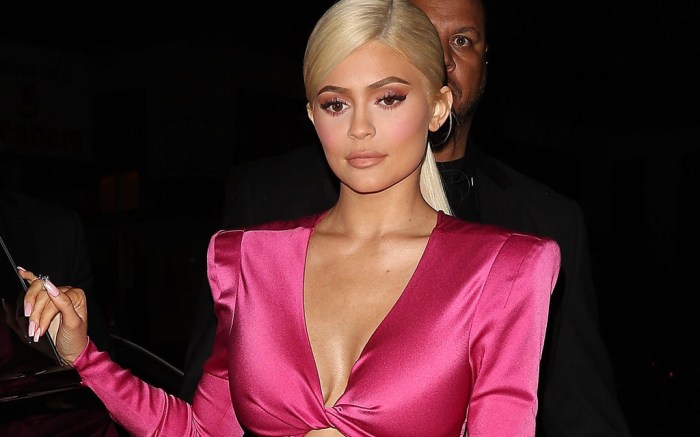 Kylie Jenner turned 21 just days two ago and celebrated with a lavish bash in L.A. with family and friends, but the party continues. The makeup mogul traveled to Las Vegas Saturday with boyfriend, Travis Scott, and some of her closest pals where they appeared to have a blast at the Marquee nightclub.

And while the youngest of the Kardashian-Jenner crew made waves in two pink Barbie-themed looks Thursday night, she opted for a sparkling sequin embellished one-shoulder minidress for Sin City.

The eye-catching Tom Ford design, which was shortened to her liking, originally debuted on the catwalk at Milan Fashion Week as a part of Gucci’s spring 2000 collection, when the entrepreneur was just three years old.

Jenner styled the number, adorned with shimmering green sequins, with a pair of dark strappy stiletto sandals. She accessorized with simple diamond stud earrings and wore her newly blond tresses in a tight bun.

The Forbes cover star took to Instagram to show off her head-turning dress as well as her matching glittery makeup.