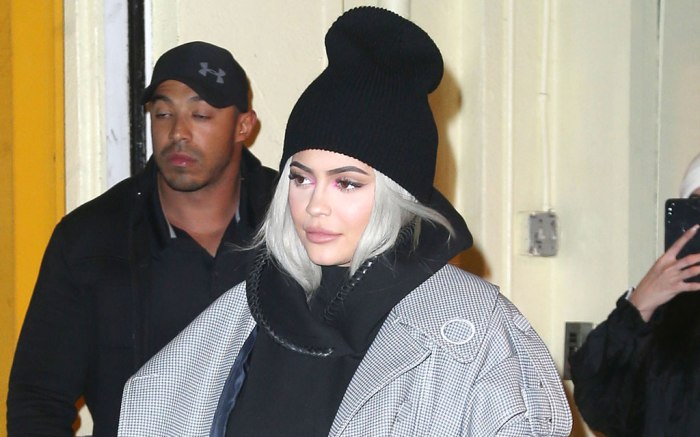 Kylie Jenner went for an angelic look as she stepped out to a private holiday party in Los Angeles yesterday.

The 21-year-old rocked a leggy white dress by Magda Butrym that featured feathered detailing on the left shoulder. The long-sleeved dress had button trim down the front and a one-shoulder neckline. It retails for more than $2,000.

For footwear, the “Keeping Up With the Kardashians” star selected tan velvet pumps by Olgana Paris. They were the brand’s Attachante style. The sensual shoes featured crisscross straps and a stiletto heel.

The makeup mogul completed her look with a teensy white purse and minimal jewelry, wearing her long blond locks in a ponytail that went down her back.

Jenner took to her Instagram account to share images of her night-out look with her 122 million followers. The first shot shows the Adidas ambassador posing against a stairwell while staring off to the side. Jenner received more than 1.1 million likes within an hour of posting the picture.

The starlet also shared an image of herself posing outside next to a white car.

The Kylie Cosmetics magnate stepped out alongside best friend Jordyn Woods, who was photographed in a form-fitting black dress. Woods completed her look with trendy see-through heels.

Click through the gallery to see more of Kylie Jenner’s best street-style looks.