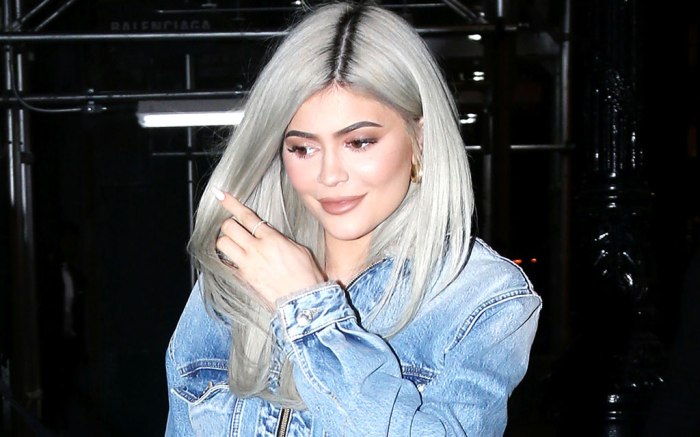 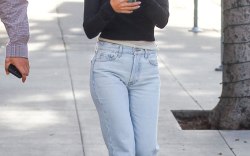 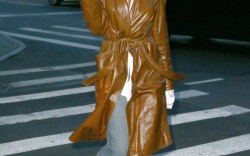 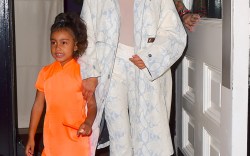 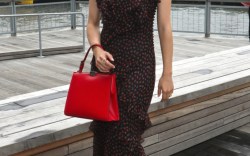 Kylie Jenner went for a denim-heavy look as she stepped out in New York yesterday.

The “Keeping Up With the Kardashians” star slipped into a form-fitting denim jumpsuit from Iro featuring a zipper exposure at the front and front-flap pockets at the bustline.

For footwear, the 21-year-old opted for an on-trend style, choosing snakeskin boots with a square toe and a block heel. While many shoe brands have jumped on the snakeskin trend for fall ’18, the Adidas ambassador kept it in the family with her footwear, choosing a pair designed by brother-in-law Kanye West.

The Kardashian-Jenner family frequently sports Yeezy gear, and West’s python-print styles have been worn many times over by Jenner’s elder sisters Kim and Kourtney Kardashian.

Jenner shared a photo of herself clad in the jean jumpsuit on Instagram yesterday, which garnered more than 3.6 million likes as of 14 hours after posting.

While the reality star opted for high heels yesterday, many of her looks on her New York trip have included sneakers. A pair of Iro Curverunner sneakers complemented three of her looks. The Kylie Cosmetics mogul paired the all-white sneakers, which adhere to the current “ugly” shoe trend, with tight-fitting shiny black pants and a matte puffer coat as she hit the New York streets on Wednesday.

Click through the gallery to see more stars who have embraced the python boot trend, including Kendall Jenner and Kaia Gerber.