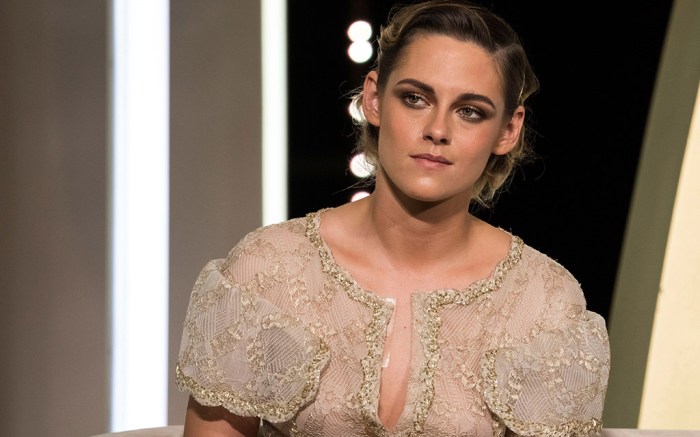 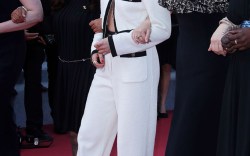 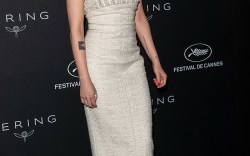 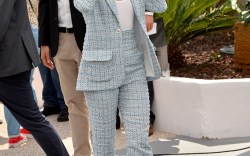 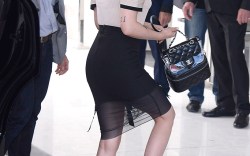 Kristen Stewart has officially closed out the 2018 Cannes Film Festival.

The Cannes Competition jury member made a statement last week when she removed her Christian Louboutin stilettos at the red carpet for the “BlacKkKlansman” movie premiere in a show of protest against the longtime no-flats policy at the Palais des Festivals.

This time, for the closing ceremony, Stewart kept her heels on — once again opting for the red-sole designer’s shoes to pair with her embroidered gown by Chanel. The actress, who is a brand ambassador for the house, showed off her lithe form with a feminine cut up the middle of the dress, which drew attention to her lace peep-toe pumps in a matching cream hue.

Keeping on theme, Stewart accessorized with a delicate headband, pile of bracelets and a statement ring — all in a complementary gold.

The ensemble marked an impressive end to Stewart’s Cannes red carpet streak. For example, she wore towering Giuseppe Zanotti strappy sandals at the opening ceremony and edgy Brian Atwood booties at the “Girls of Sun” premiere.

Chaired by Cate Blanchett, the Cannes Film Festival awarded the prestigious Palme d’Or award to Kore-eda Hirokazu for “Shoplifters” and the Grand Prix honors to Spike Lee for “BlacKkKlansman.”

Click through the gallery to see all the times Kristen Stewart wore sky-high stilettos at the Cannes Film Festival.

How #MeToo Will Affect the Cannes Film Festival