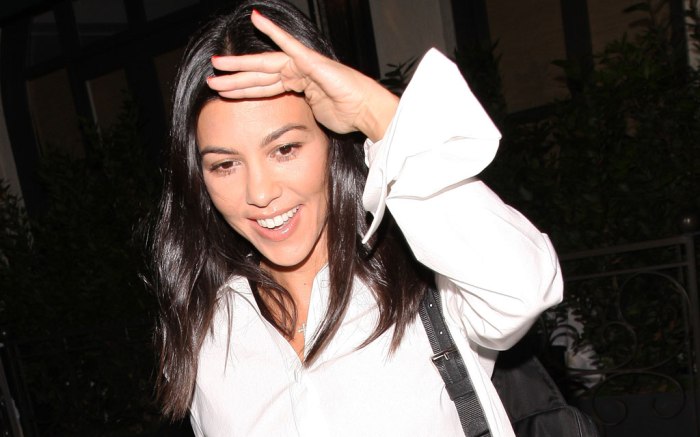 The clear shoe trend is very much alive — just look at Kourtney Kardashian.

The PVC style has become a footwear favorite among members of the Kardashian-Jenner crew, with sisters Kim and Kylie often spotted in the statement silhouette. Kourtney herself has worn it on occasion, including a recent revenge-heel moment after news broke that she ended her nearly two-year relationship with Younes Bendjima.

However, it seems that the 39-year-old could use a lesson on how they’re properly worn, including using a drying agent such as an antiperspirant or spray powder to prevent their unsightly foggy appearance. (A New York City-based podiatrist advised that wearers keep the clear shoes on “when the sun goes down, only for a few hours at a time.”)

Kardashian upgraded the heels with a business-chic ensemble, throwing on a cropped shirt by Off-White that boasted a raw hem, spread collar and tonal stitching as well as a pair of tailored gray trousers for a smart-casual look that can effortlessly transition from the office to happy hour.

Click through the gallery to see more of Kourtney Kardashian’s best shoe styles.