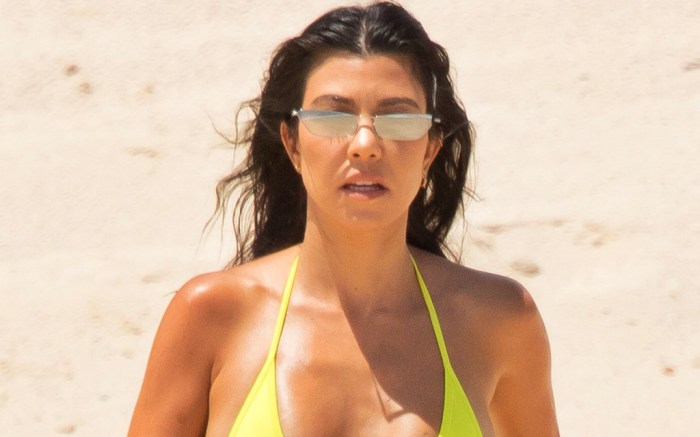 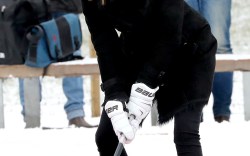 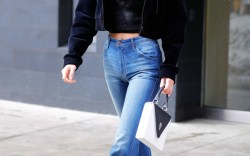 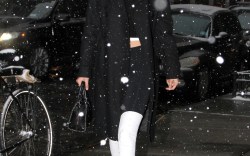 For anyone who has ever grown up with sisters, sibling rivalry is something you know all too well. The Kardashian family is no exception to this competitive spirit.

After Kendall Jenner posted an Instagram of herself barely dressed, posing in the snow in Aspen, Colo., Kourtney Kardashian decided to follow suit, braving the subzero temperatures in a string bikini and snowboots — except she was wise enough to throw on a jacket.

The oldest Kardashian sister Instagrammed her frozen escapade, captioning it, “Copied Kendall,” as she struck the same poses, including an additional one that showed off her backside.

Both sisters wore similar swimsuits, with Jenner’s being pink and Kardashian’s blue, as well as similar black snowboots.

Kardashian brought in endless comments for her scandalous post, including one from Khloe Kardashian, who wrote,”THAT’S MY SISTER,” and another from Jenner, who commented, “giving me a run for my money.”

The best comment, though, came from Khloe’s beau, Tristan Thompson, who called out Kourtney’s last image with “Uhmm.. I think you added an extra picture,” with a laughing emoji.

See all the ways other celebrities have styled snowboots here.