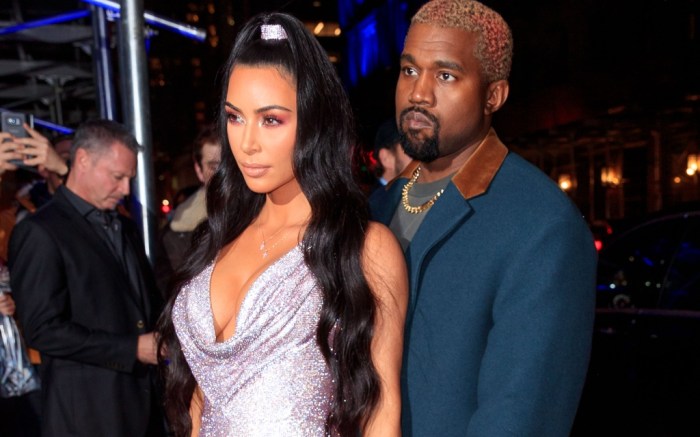 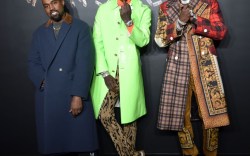 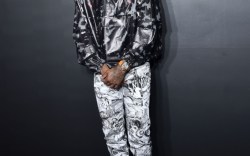 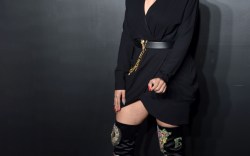 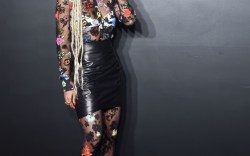 At Versace’s pre-fall ’19 show, which was held last night in New York, Kim Kardashian and Kanye West made their first public appearance as a couple in several months. And they didn’t go unnoticed.

Kardashian commanded attention in a vintage pale pink chainmail Atelier Versace 1997 minidress featuring a plunging neckline that sparkled with her every movement. For shoes, she reached for her favorite glass-slipper-esque PVC pumps from West’s Yeezy Season 7 collection. The bold see-through style, which she recently wore during the couple’s trip to Japan, comes with a sharp pointed toe and a clear stiletto heel.

Meanwhile, West made a statement on his own in an updated version of the Adidas Yeezy Boost 700 dubbed the 700 VX, which he teased on Twitter last night. The 41-year-old “Ye” rapper paired the eye-catching runners, which featured panels that read 700 on the lateral side as well as a reworked sole unit, with black sweatpants, a simple gray crewneck shirt and a tailored teal overcoat.