12 Months of Kendall Jenner: The Supermodel’s Best Street-Style Moments of 2018 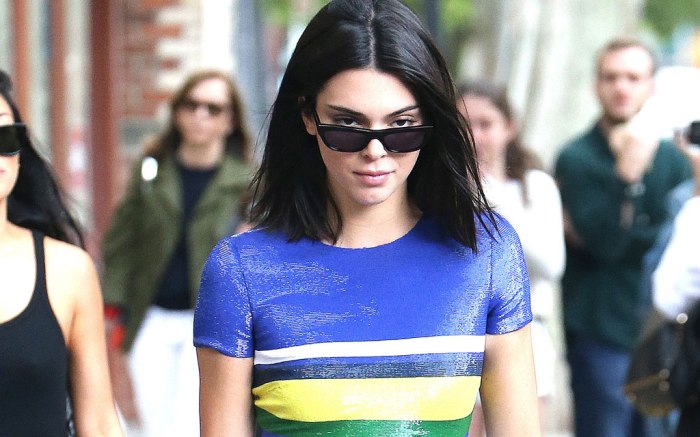 As the highest-paid model in the world, Kendall Jenner has an understandable influence when it comes to off-duty style.

An Adidas ambassador, Jenner can often be spotted in the brand’s affordable sneakers — even when she’s pairing them with expensive ensembles.

For a June outing in New York, the 23-year-old teamed a striped Ralph Lauren minidress worth $11,000 with a pair of white Adidas Forum sneakers for the ultimate high-low look.

A more dressed-down — but equally on-trend — look came in New York this October. While out shopping with a friend, Jenner wore a pale pink DeLorean-printed T-shirt and jeans with ’90s-inspired Adidas Falcon sneakers.

Yeezy snake-print boots are one of her go-to items. On a Paris trip this summer, Jenner teamed the high-heeled boots with a red Marques’Almeida set.

Jenner’s take on the clear shoe trend also involves a pair of Yeezy heels. The reality star was chic in a long-sleeved beige top, gray shorts and see-through Yeezy sandals during New York Fashion Week this September. She completed her look with a Prada bag.

While the “Keeping Up With the Kardashian” star is not a major proponent of the pantless trend, a memorable February look saw the star ditching trousers in favor of an oversized Eudon Choi sweater and tights while out in New York. She finished her look with chic Chanel pumps that had a kitten heel.

Click through the gallery for 12 months of Kendall Jenner’s buzziest street-style moments in 2018.