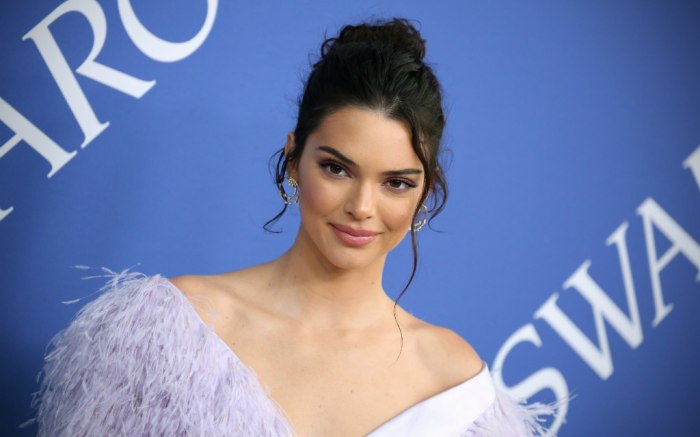 Kendall Jenner has quite the serious shoe game. The jet-setting model and “Keeping Up With the Kardashians” star — who celebrates her 23rd birthday today — always manages to keep her millions of fans entertained and inspired with her ever-changing and ever-surprising footwear choices.

This summer, she ignited an online frenzy when she was spotted numerous times in Prada’s head-turning Flame heels and wedge sandals. A reimagined take on the Italian brand’s iconic 2012 flame heels, the shoes featured dramatic flame cutouts extending from the back.

Jenner showed off the wedge version of the shoes in an August Instagram post, captioning the photo simply, “Prada,” and adding a series of fire emoji. Before the Flame shoes had even hit the shelves, many retailers had lengthy wait lists of fashionistas desperate to own a pair.

Not surprisingly, Adidas is a fixture in Jenner’s wardrobe. As a celebrity endorser for the athletic brand’s Originals label, Jenner naturally gets first dibs on all the latest sneaker releases. She had a ‘dad shoe’ streak this summer, wearing styles including the colorful Originals Falcon kicks and the Yung-1 sneakers by Adidas x Wardrobe.NYC. She’s also been photographed in the socklike Arkyn shoes and the retro-inspired Forum Lows.

Brother-in-law Kanye West’s Yeezy brand, which partners with Adidas, also gets some serious rotation in Jenner’s wardrobe. The star has given the family business some major publicity, strutting the streets in styles ranging from the Boost 350 V2 to a $1,550 pair of snake-effect calf booties perched on a 4-inch heel. She’s also a big fan of Yeezy Season 7 clear PVC sandals, which feature Plexiglass block heels.

Jenner gave Barneys New York’s own private-label footwear collection a big boost, wearing a pair of the luxury retailer’s chic satin mules several times. Embracing one of the hottest colors of the fall ’18 season, the model chose a marigold-toned pair, teaming them with a yellow pantsuit for a bold monochromatic statement during a trip to Paris in September.

Ellery is another go-to for Jenner. The brand’s white slingback pumps, detailed with distinctive leopard-print heels, have had a few repeat performances recently. Jenner has paired the retro-styled shoes with everything from a strapless minidress to a shirt-and-pleated-trousers outfit.

Click here to see even more of Jenner’s favorite footwear looks, from the hottest heels to the trendiest sneakers.