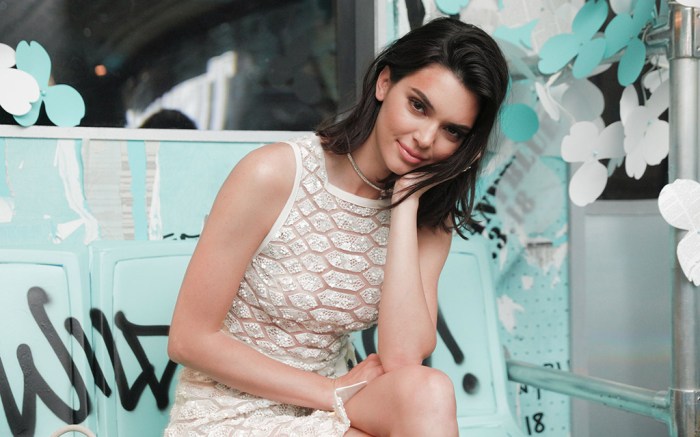 Sure, they’re barely there — but that doesn’t mean they aren’t making a major statement.

We’re talking about the PVC shoe trend, with Kendall Jenner becoming the latest celeb to step out in her take on the minimalist transparent look.

The model, who attended last night’s Tiffany & Co. Paper Flowers launch event in New York, paired her Yeezy Season 6 ankle-strap Lucite heels with an equally see-through, risqué beaded minidress, courtesy of Elie Saab’s spring ’18 ready-to-wear collection. (The Yeezys, designed by brother-in-law Kanye West, who’s recently been making headlines of his own, retail for $650 and feature a unique buckle closure inside of the ankle.)

Jenner dared to go further in her braless appearance, accessorizing with a glamorous diamond-encrusted choker and eye-catching rings with an itty-bitty Jacquemus handbag in stark white — previously spotted on another member of the KarJenner clan (Kim Kardashian) — which made for an ensemble that blurred the lines between sexy and sophisticated.

Kendall Jenner Is the New Face of Tod’s