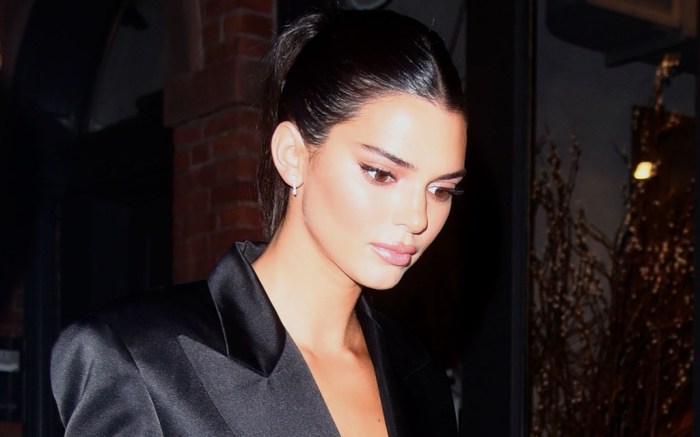 It’s no argument that Kendall Jenner is known for her trendsetting style.

Yesterday, the supermodel went for one of her most daring looks of late, stepping out at the Angels by Russell James book launch during New York Fashion Week.

The 22-year-old sported a head-to-toe Alexandre Vauthier look from the label’s fall ’18 collection.

She rocked a long-sleeved satinlike black minidress that featured an oversized pale pink belt cinched at the waist.

But the showstopping element of Jenner’s look was her footwear, which was surprisingly even more oversized.

The “Keeping Up With the Kardashians” star went for black puffer boots that made an undeniable statement. Done up in a windbreakerlike material, the knee-high boots featured a green cap toe that offered an update on the slouchy-boot trend of last fall.

The model kept it casual today as she headed to a studio to record the latest episode of her Beats 1 radio show, “Zaza World Radio.” She opted for a green and orange patterned T-shirt and dark flared trousers. For footwear, Jenner selected black square-toe boots with a sizable stiletto heel.

While Jenner has yet to walk in a show this Fashion Week, the star has undeniably been busy between parties, her radio show and an appearance on Jimmy Fallon’s show.

Click through the gallery to see more of Kendall Jenner’s street style looks.