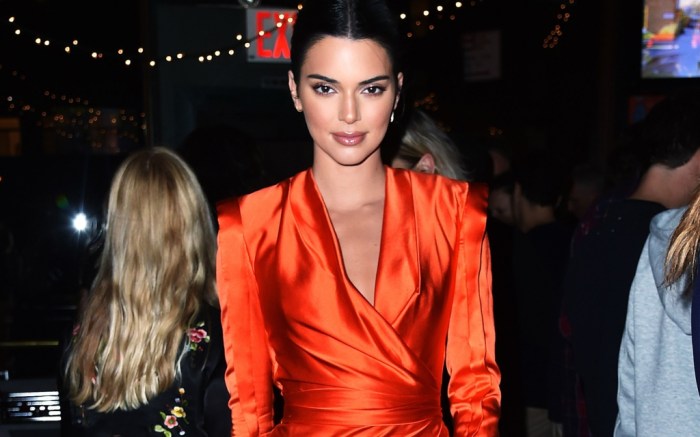 For the occasion, the “Keeping Up With the Kardashians” star showed off a vibrant orange minidress courtesy of Lebanese haute couture designer Nicolas Jebran’s spring ’18 collection. The head-turning number featured long sleeves, a plunging neckline, an elegant wrap silhouette and an asymmetrical thigh-skimming hem.

Jenner wore the sandals on the red carpet at the Cannes Film Festival last month and at an appearance on “The Ellen DeGeneres Show” in March.

Last year, Jenner became a part of the Adidas family alongside brother-in-law Kanye West. In April, she helped the brand celebrate the Paris launch of its exclusive-to-women Arkyn sneaker silhouette, which half-sister Kourtney Kardashian has recently been sporting.