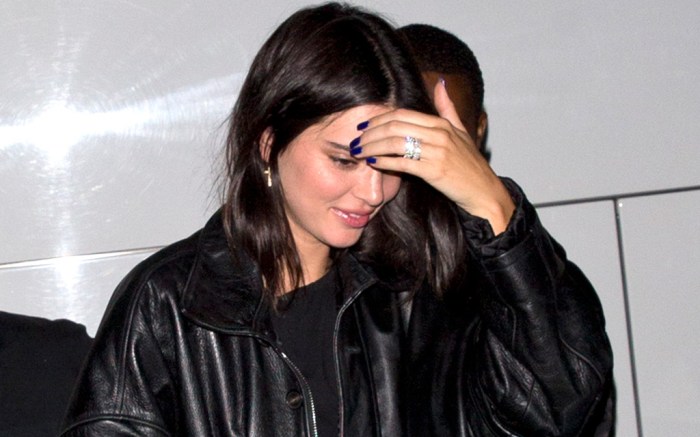 Kendall Jenner never fails to make a statement with her on-trend style.

The 22-year-old sported an oversized leather jacket with a pair of teensy shorts underneath, flaunting her long legs as she stepped out with pals in Los Angeles.

She paired the jacket with brown snakeskin-print boots on a stiletto heel. The mid-calf boots feature a trendy square-toe — and Jenner’s pair appeared to have taken a bit of a beating, with some scuffing at the toe.

Jenner was accompanied by longtime pal Jaden Smith, who made a stylish statement of his own in a standout look. Smith wore a red graphic print T-shirt and dark pants, accessorizing with an artillery-inspired belt that featured a racing flag print and flame detailing.

The pair were out clubbing in Los Angeles with friends as they celebrated Justine Skye’s 23rd birthday at The Nice Guy. They were stopped leaving the club to head onto Smith’s tour bus alongside DJ Chantel Jeffries and model Anwar Hadid, the younger brother of Jenner’s pals Bella and Gigi.