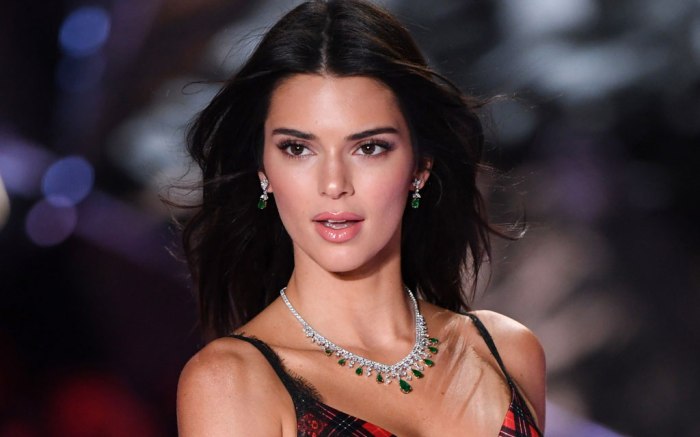 The queen of naked dresses set out to prove that no temperature is cold enough to don the littlest amount of clothing as possible, braving Aspen, Colo.’s 20-degree weather in an itsy-bitsy bikini paired with snow boots.

Other than the string swimsuit, Jenner’s outfit consisted of a more-appropriate trapper hat, polarized sunglasses and a mug of what we could only hope was something hot.

The post, which was shared on Saturday, comes as the Kardashian-Jenner family enjoys a vacation in Colorado’s famed ski resort town.

Even momager Kris Jenner expressed disbelief at her 23-year-old daughter’s ensemble, taking to Instagram to comment on the post. “Get inside and put some slippers on!” she demanded.

Sister Khloe Kardashian, on the other hand, praised the look. “I have an addiction to Kendall Jenner!” She said.

And because imitation is the sincerest form of flattery, Kourtney Kardashian shared a similar portrait of her own.

In an Instagram post today, the 39-year-old TV personality said she “copied Kendall” — also wearing a bikini and snow boots, made a tad warmer with an iridescent puffer jacket.

Click through the gallery to see Kendall Jenner’s top street-style moments of the year.

This Is How Much Kendall Jenner Earned in 2018