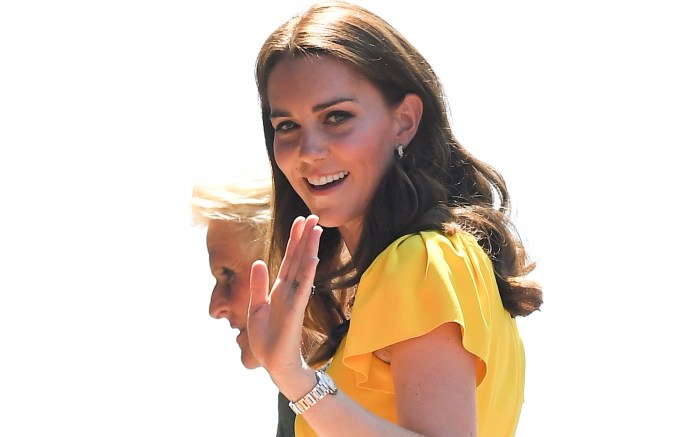 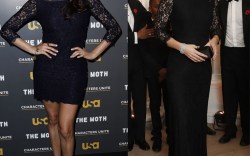 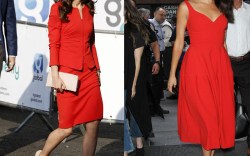 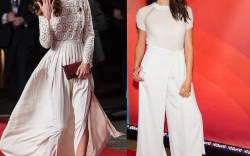 Kate Middleton is taking a page out of Meghan Markle’s style playbook.

Attending the 2018 Wimbledon men’s final with husband Prince William, Kate Middleton was dressed in a bright yellow frock — a number similar to the Brandon Maxwell sheath dress her sister-in-law wore just 10 days ago at the “Your Commonwealth” Youth Challenge reception in London.

While Markle’s ensemble seemed to break duchess style norms with its sleeveless cut and figure-hugging silhouette, Middleton’s flounced sleeves and tailored look by Dolce & Gabbana made for a sophisticated appearance at the tournament, which sees Serbia’s Novak Djokovic and South Africa’s Kevin Anderson battling for the championship.

The Duke and Duchess of Cambridge’s presence at the royal box comes a day after Middleton and Markle were spotted cheering on Serena Williams, who lost against Germany’s Angelique Kerber in the Wimbledon women’s final. (Middleton is a patron of the All England Lawn Tennis and Croquet Club as well as a royal patron of Wimbledon.)