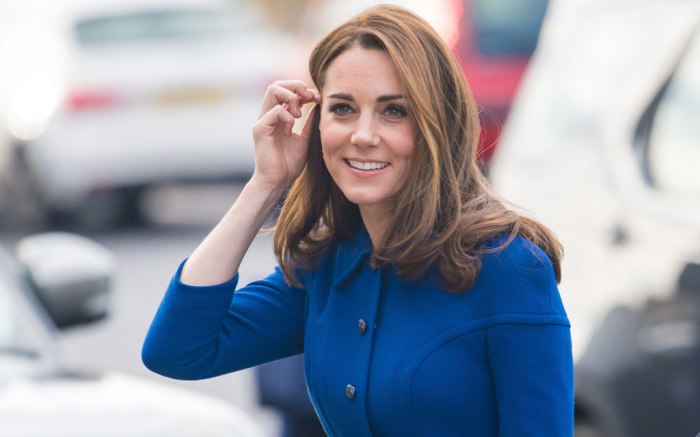 When a look works, why not wear it again? At least that’s the philosophy to which Kate Middleton subscribes.

The Duchess of Cambridge rewore a head-to-toe look as she and Prince William stepped out to the opening of the Composites Technology Center at McLaren Automotive in South Yorkshire, England, today.

The 36-year-old wore her brunette strands down, accessorizing with a blue Smythson bag and a silver Cartier watch.

The duchess stepped out in the same coat and heels in January 2017 for an appearance at the National Centre wearing the same watch.

She opted for a similarly colored bag to the one she wore today, choosing a Stuart Weitzman clutch that was slightly thinner.

The biggest difference between Middleton’s two looks was her hair. While she opted to wear it down both times, her tresses are several shades lighter now than they were in winter 2017.

Click through the gallery to see how Kate Middleton’s style evolved before she became Duchess of Cambridge.