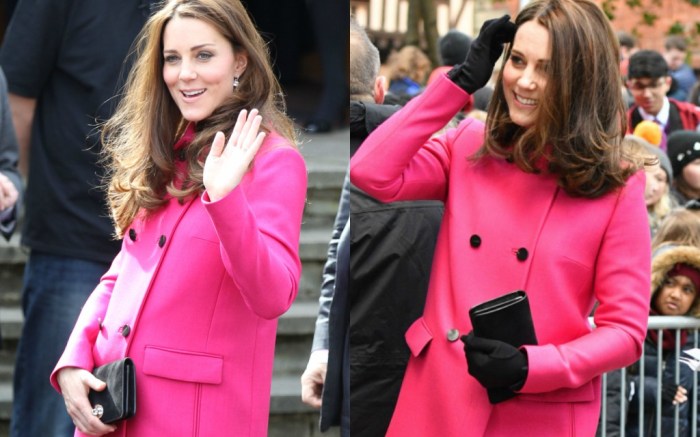 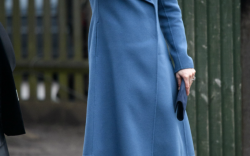 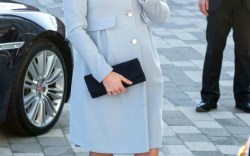 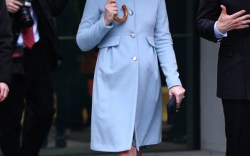 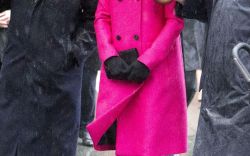 Kate Middleton is beloved for many reasons, but it’s her style that many look up to. It’s a style that she’s fiercely loyal to, which is evident by her unwavering devotion to her tried-and-true staples. And when it comes to her maternity style, the expectant mom of two is famous for recycling her looks over and over again.

For her latest pregnancy, Middleton, 36, has once again opted for pieces she’s worn while pregnant with Prince George and Princess Charlotte.

It wasn’t just her coat — she wore a Seraphine Florrie dress underneath in 2015, and it’s the same dress that she wore in recent weeks. And on both occasions, the duchess carried a navy L.K. Bennett Frome clutch.

Also showing her love for recycled styles, Middleton recently sported a bright pink double-breasted Mulberry coat that she wore in 2014 in New York while pregnant with Princess Charlotte.

For a visit to the city of Coventry in England in 2018, the royal wore similar black stockings, as well as black suede pumps, this time courtesy of Tod’s.

Kate reached for a favorite coat again for a royal engagement in November, wearing a plum tweed bouclé Seraphine Marina coat that she also wore during the 2014 trip to New York.

While she wore black ankle booties nearly four years ago while pregnant with Charlotte, Middleton chose her favorite black suede Tod’s pumps in 2017.