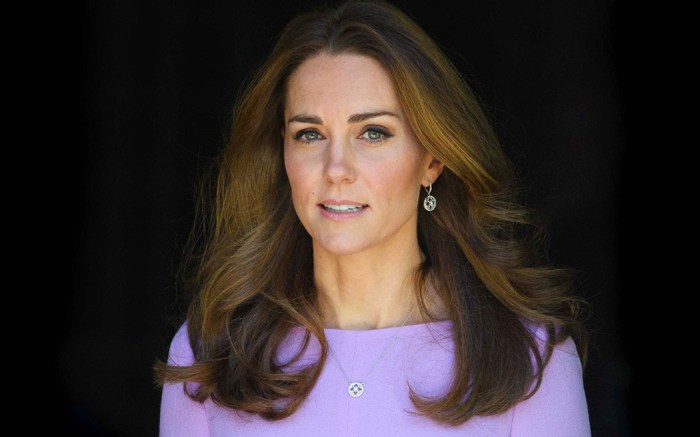 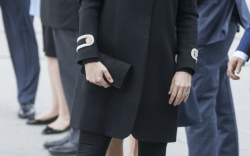 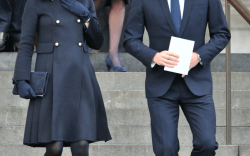 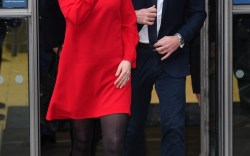 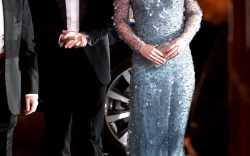 It’s widely considered the color of royalty — and in her first joint outing with Prince William since the birth of their third child, Kate Middleton drew attention to her regal roots with an ensemble that was positively purple.

At today’s inaugural Global Ministerial Mental Health Summit, the Duchess of Cambridge recycled a couple of closet favorites: a long-sleeved dress by Emilia Wickstead and a pair of nude pumps by Gianvito Rossi.

Trendy in Pantone’s color of the year, the lilac number — which Middleton wore during her family’s royal tour in Germany last July — featured a slim bodice and an A-line skirt on a contoured silhouette. She paired the dress with a matching mini handbag in croc print and calf leather by Aspinal of London.

The pieces coordinated beautifully with her classic suede heels, which boasted a sleek pointed toe and slim stiletto heel. The designer’s pumps are among Middleton’s go-to pairs; she’s kept them in rotation from a London charity event two years ago to the post-birth unveiling of newborn Prince Louis in April — albeit in a shorter iteration.

The duchess and her husband were on royal duty at the summit, co-hosted by the British government and the Organization for Economic Cooperation and Development. Political figures, academics and policymakers from around the world were also present at the event.

Together with Prince Harry, Middleton and Prince William spearhead the Heads Together initiative, which aims to help erase the stigma surrounding mental health problems.

Click through the gallery to see more of Kate Middleton’s best looks.