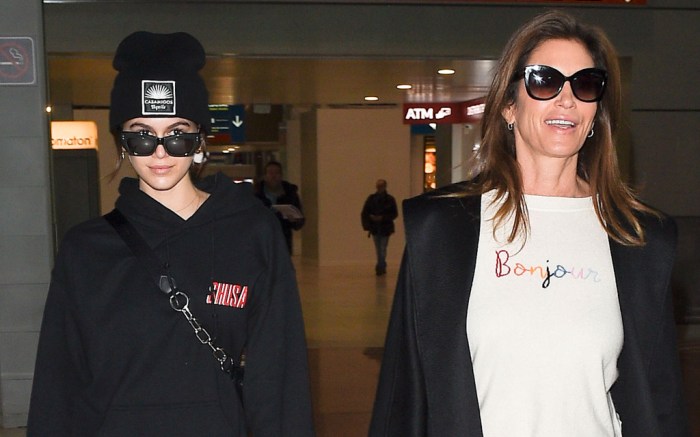 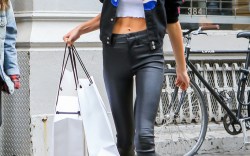 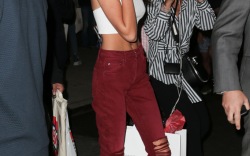 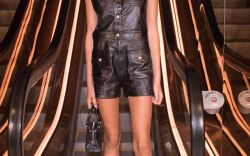 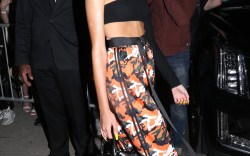 After making her runway debut in September, Kaia Gerber has shot to model stardom — which is unsurprising, given that her mom is Cindy Crawford.

The famous mother-daughter duo kept their ensembles casual as they arrived at Charles de Gaulle for Paris Fashion Week on Friday. Gerber sported a dark hoodie and leggings, completing her monochromatic look with a beanie and sneakers.

Both ladies sported dark sunglasses as they made their way through the airport.

Crawford often opts for jeans and boots while out and about. With a denim collection of her own — done in collaboration with Re/Done — Crawford often sports jeans, even for the long flight from Los Angeles to Paris.

While Gerber’s airport style favors comfort over all else, the 16-year-old is already developing a reputation as a street-style star after standing out at the spring ’18 shows. Taking a page from other “it” girls like Hailey Baldwin and Bella Hadid, she often opts for combat boots and lifestyle sneakers in between shows.

Gerber is following in the footsteps of her mother by working with top brands like Calvin Klein and Chanel, and the two serve together as ambassadors to the luxury watch brand Omega. But Gerber is establishing herself as a star in her own right through solo magazine covers and an in-the-works collection with fashion icon Karl Lagerfeld.

Click through the gallery to see more of Gerber’s Fashion Week street style.