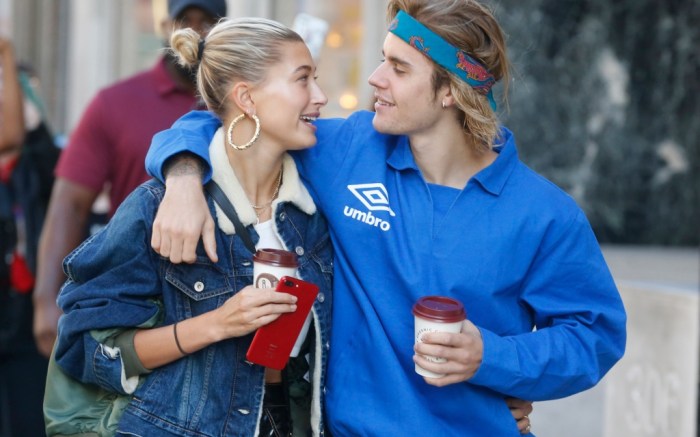 Pop star Justin Bieber made his long-rumored marriage to model Hailey Baldwin official yesterday, in an Instagram post about their first joint Thanksgiving.

The 24-year-old singer posted a peaceful photo of a snow-covered forest, accompanied by a message about his first holiday since tying the knot.

“Happy late thanksgiving to everyone,” Bieber wrote. “First thanksgiving as a married man, first time hosting thanksgiving. First time both sides of the family has come together.”

He went on to ruminate on the struggles of relationships and his source of inspiration: “Relationships are hard and love isn’t always easy but thank you Jesus for showing me how! Every day is a learning process, trying to be more like him, patient, kind, selfless, boy I got a long way! But gods grace is sufficient !”

Rumors began circulating in September that Bieber and the 22-year-old daughter of actor Stephen Baldwin had wed, when the two were spotted in a New York courthouse two months after announcing their engagement.

Though the couple pushed back against the speculation, fans got some indication that the union was official earlier this week, when Hailey changed her Instagram name to Hailey Bieber.

When not busy with their music and fashion careers, the newlyweds are often spotted out and about in Los Angeles, New York or London and have an adorable knack for twinning their style. Just check out their matching ensembles in October, which featured not only coordinating orange tops but also similar athletic kicks.

Typically, when they step out for a casual afternoon, the couple is in alternating footwear: Hailey often opts for chunky boots, while Bieber (a longtime sneaker lover) likes to wear top styles from Nike and Adidas. But both favor a comfy sporty aesthetic.

Click through the slideshow to see more of their street style looks together.