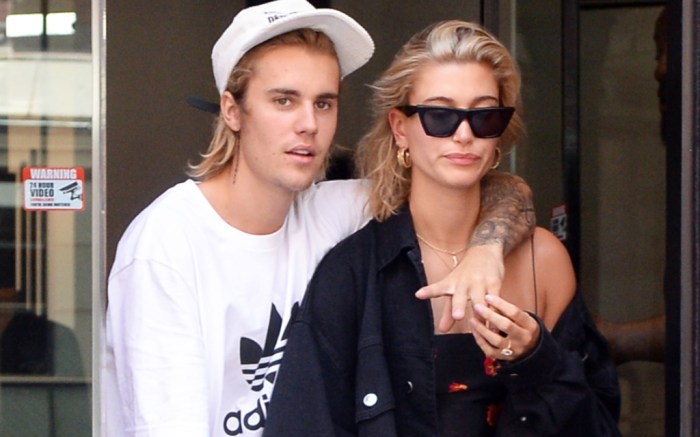 Justin Bieber wrote that he feels like he and Hailey Baldwin “complement each other so well” in his post confirming that he’d proposed to the 21-year-old model — and that sentiment was apparent today when the couple stepped out looking like twins in NYC.

The Canadian singer styled the chunky suede and mesh lace-up sneakers from Kanye West, which were released on July 7, with camo Adidas shorts and a white Adidas logo T-shirt — which could possibly be a nod to his fiancée’s new gig with the sportswear giant.

Baldwin revealed on July 18 her official role as an Adidas Originals style creator for its partnership with the U.K.’s JD Sports and JD Women.

For more of Justin Bieber and Hailey Baldwin’s couples style, check out the gallery.