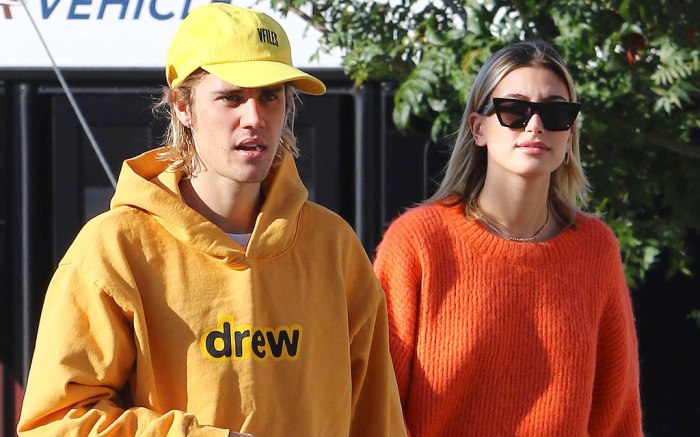 Christmas was just yesterday, and people are still taking to social media to share their best gifts for 2018. Hailey Bieber revealed the present she received from her new hubby, Justin Bieber: a pair of slippers.

She posted the shoes yesterday with the caption: “Merry Christmas #houseofdrew.” They’re a white, hotel-style slipper with a yellow and black smiley face with the word “Drew” curved up instead of a smile.

Justin named the brand after himself, as his middle name is Drew. The singer has modeled pieces from the brand for the last few months, with the most notable being a smiley-face-printed sweatshirt that he wore during a run Nov. 1 in Los Angeles.

A couple of weeks later, his wife wore the same sweatshirt with Balenciaga sneakers as she headed to a workout class.

The $5 Cheap Hotel Slippers that Hailey now owns are already sold out as Justin himself shared an image of the slippers on his own feet with a few blinged-out Drew chains.

The post gained 2.27 million likes in 20 hours, and the brand’s Instagram page, with just three posts, has almost 100,00 followers.

Click through to view Justin and Hailey Bieber’s couple style.