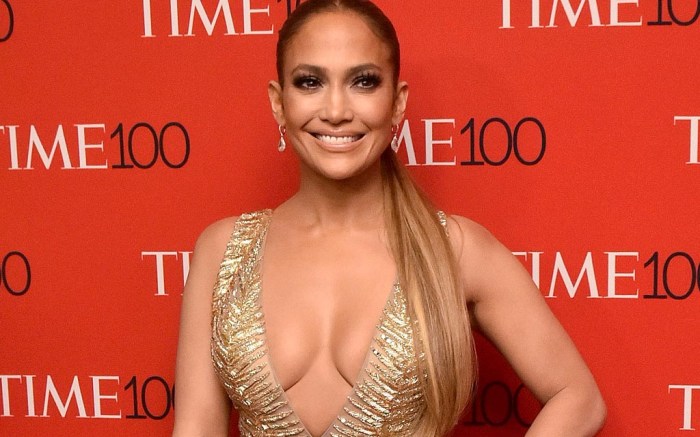 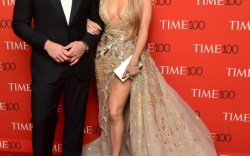 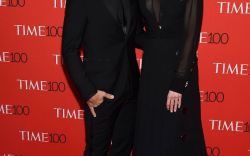 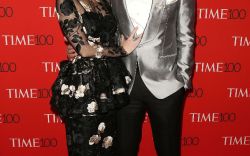 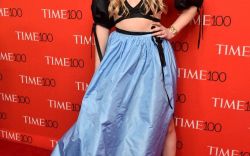 Jennifer Lopez had the Midas touch on the red carpet today. Clad in head-to-toe gold, the entertainer posed for photos at the Time 100 Gala in New York City wearing a sultry dress. The skirt’s high slit showed a flattering amount of leg and provided a view of her open-toe gold Max platform heels by Jimmy Choo.

The Giuseppe Zanotti collaborator was among a haul of heavy-hitters across industries who made the publication’s annual list like actress Nicole Kidman, designers Christian Siriano and Virgil Abloh, and Amazon CEO Jeff Bezos.

Shoulder to shoulder with some truly strong women. #Time100

Siriano was joined on the red carpet by “SNL” actress Leslie Jones, who wore a white suit dress with black sandals. Siriano designed her dress for the 2016 premiere of her “Ghostbusters” movie after other designers did not reach out to her.

Olympian and Under Armour athlete Lindsey Vonn showed off her abs in a black top with cutouts, and a sky-blue asymmetric skirt with a long train. Completing the look was a pair of black ankle-strap sandals.