Happy Birthday, Jennifer Lawrence — a Look at Her Most Fierce Red Carpet Looks 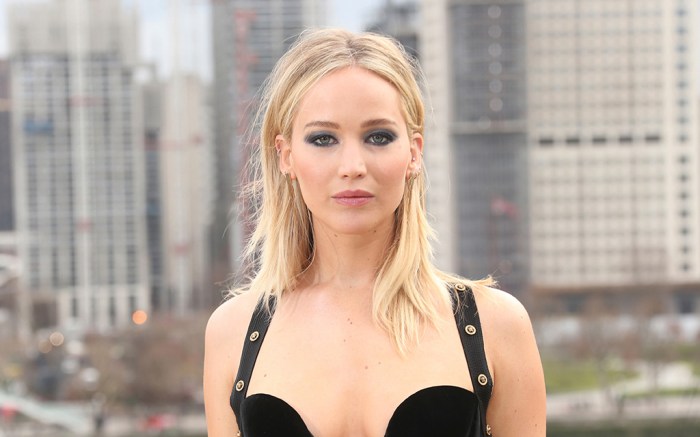 Jennifer Lawrence is a red carpet staple. Between giving candid, off-the-cuff interviews and sometimes tripping before she even gets to the carpet, the actress always brings it when it comes to her fashion.

Today she celebrates her 28th birthday, and there will be much more high-fashion moments from the A-list star.

As a Dior ambassador, Lawrence is often in runway looks from the label. And while many of her ensembles have been romantic and idyllic in soft color palettes and shimmering styles from the brand, she also has an edgier side shown through many designers also including Dior.

With dark eye makeup and a bold lip, Lawrence has been known to make a statement on the red carpet with fierce style.

Wearing Alexander Wang at the 2016 Oscars Vanity Fair party, for example, she opted for chain-link Christian Louboutin shoes and Alexander Wang two-piece black dress. The look was simple yet striking.

At her latest movie premiere in February, Lawrence wore a Dior high-neck see-through gown. The outfit was majorly fierce, which she made even bolder with a red lip and high bun to complete the look.

Here’s a roundup of her most fierce red carpet looks so far.