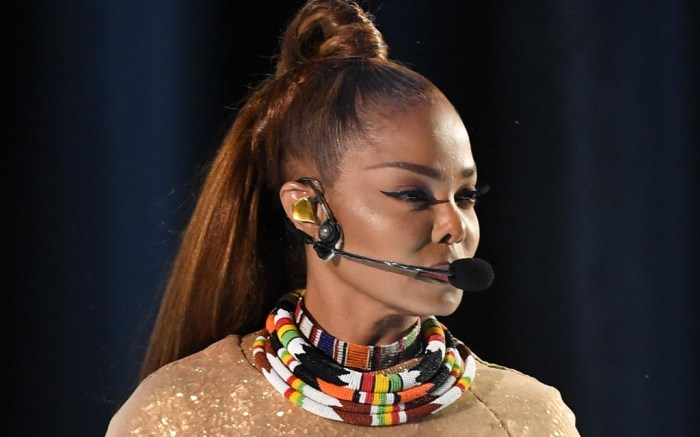 Janet Jackson has a platinum career and a golden sense of style. The Billboard Music Awards 2018 Icon honoree sparkled from head to toe in the hue today when she accepted her trophy during the ceremony held in Las Vegas.

Bruno Mars introduced the singer-actress, praising her contributions to music and female empowerment.

Jackson took to the stage to entertain the crowd with a medley of her hits in a sweater dress covered in sequins with matching over-the-knee sneaker boots.

The slick stompers featured laces from top to bottom and belt embellishments up the thigh. With comfort and stage moves in mind, the boots were constructed with a white rubber midsole. She completed the outfit with nude fishnets and tribal-inspired necklaces and bracelets.

Following the showstopping performance, the 52-year-old accepted the award and thanked her father for shaping her career.

Ahead of singing her hits, Jackson began her belting detail on the red carpet, where she arrived in a floor-length gown with a voluminous skirt and white top accessorized with a brown leather belt. She completed the ensemble with a pair of embellished red platform heels.

The annual award show honors some of the biggest hitmakers across music genres.