Jane Fonda and Lily Tomlin: Their Fashion Then & Now 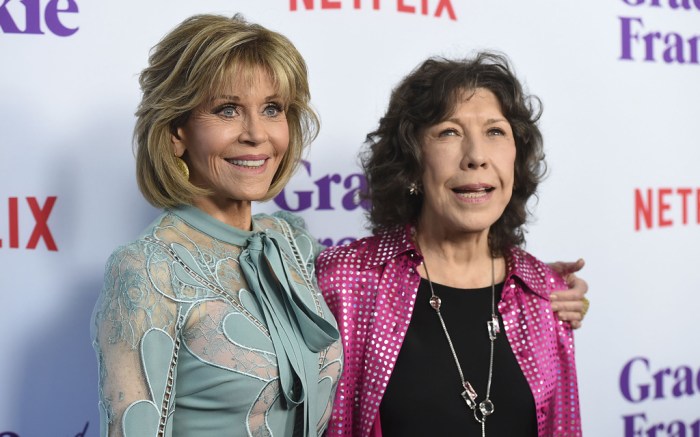 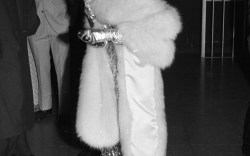 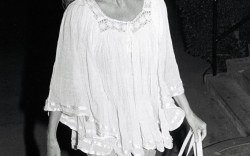 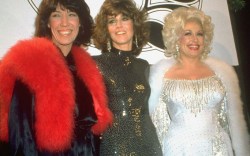 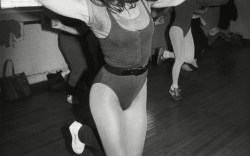 Friends and co-stars Lily Tomlin and Jane Fonda will both be vying for the 2018 Screen Actors Guild Award for Best Actress in a Comedy Series — for their roles in Netflix’s “Grace and Frankie.”

The two have shared the screen before, in the hit 1980 film “9 to 5.” But when it comes to their personal style, they’ve often been on opposite ends of the fashion spectrum. Tomlin is typically seen in pants, while Fonda’s look has ranged from trousers to curve-hugging dresses.

Tomlin, 78, has embraced pantsuits for decades — often seen in long or short jackets and flowing pants.

Fonda has never been shy about showing offer her curves — both on and off the screen. The outspoken actress’ early roles included the 1968 film “Barbarella,” where she was scantily clad in a bodysuit. For a more recent stroll down the catwalk at a 2017 L’Oreal beauty and fashion event in Paris, she chose a a slinky tiger-print gown.

Over the decades, Fonda has embraced the fashions of the moment, including hippie-chic looks such as thigh-high boots and miniskirts, palazzo pants and peasant dresses in the ’70s.

She also put workout wear on the fashion map in the ’80s with her popular exercise videos. As she entered the ’90s, pants were her go-to look, often worn casually as well as formally.

Click through the gallery to see how Tomlin and Fonda have evolved their style over the years.