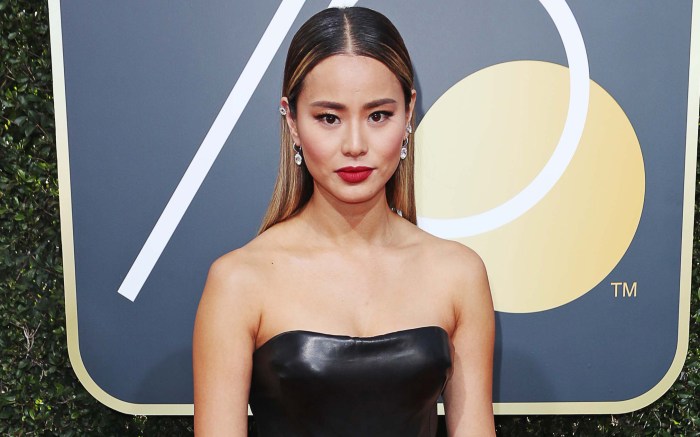 Actress Jamie Chung made a statement at the 2018 Golden Globes by wearing mismatched shoes. And though it may seem unconventional, the look is making its way as a mainstream trend this year.

Chung opted for Sophia Webster’s Rosalind heel, choosing the black and silver style for the Golden Globes red carpet on Sunday night in Los Angeles. She paired the shoes with a custom black Ermanno Scervino gown, which showed off her footwear. The ensemble offered a unique and personalized aesthetic.

Nicole Kidman may have been one of the first to rep the trend. The Golden Globe winner walked the red carpet at the 2017 Emmys in Calvin Klein sandals with uneven embellishment.

Now, wearing mismatched shoes is certainly catching on, and you don’t have to break the bank to do it.

Since Celine sent models down the runway in two-toned shoes during its spring ’17 Paris Fashion Week show, high street brands, including Zara, have followed suit by offering mismatched shoes in a single pair.

Check out more eye-catching ensembles at the 2018 Golden Globes in the gallery below.