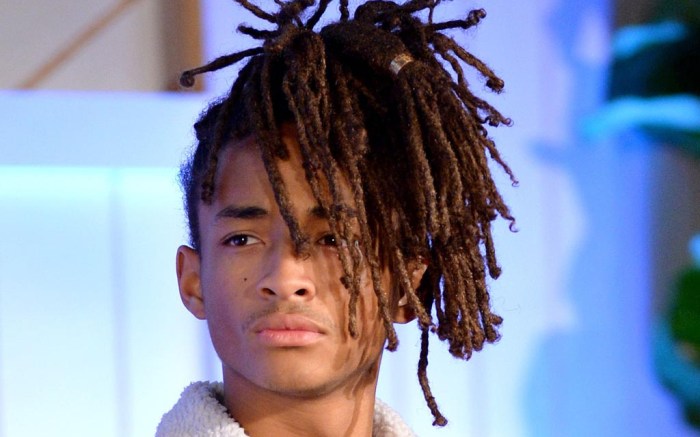 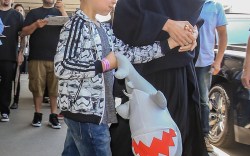 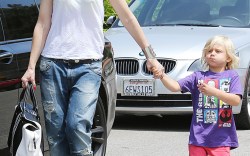 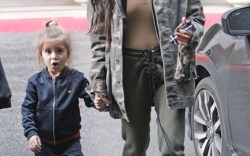 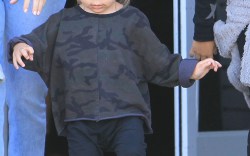 Jaden Smith is a non-conformist when it comes to expressing his style.

“I’ve been wearing these shoes for four or five months straight — these are Louis Vuitton’s women’s shoes,” the 19-year-old said of his sneakers today during a keynote address at Liberty Fairs, where the Assembly conference also includes the Agenda and Capsule trade shows in Las Vegas.

Smith explained that he begins styling his outfits from the bottom going up, “But it’s a little different for me because I wear the same shoes every day.”

His statement shoes from Louis Vuitton’s spring ’18 line feature a wave-shaped outsole, and an oversized tongue with a low cut around the ankle “for a delicate, feminine touch,” according to the luxury label’s description. They retail for $1,090.

For spring ’16, the rapper-actor debuted his first campaign for the brand, wearing a woman’s skirt and other RTW apparel.

The son of Will Smith and Jada Pinkett has been embracing non-gender binary style since he was 12 years old — a time when he launched his fashion label Msftsrep, he explained. “I really wanted to have clothes that nobody else had. It started with the discovery of drop-crotch pants and realizing they didn’t make them in black. So I thought, let’s just make drop-crotch pants for ourselves.”

Thank You So Much @louisvuitton And @nicolasghesquiere For The Opportunity To Impact This World. |||

Genderless dressing emphasizes a message of inclusivity and freedom of expression. In fact, Zendaya previously shared with FN that’s the reason why her fashion brand Daya features male and female models in in her apparel, but nothing is categorized by gender. The website includes size conversions for male and female body types.

Fellow rapper Fat Joe, who spoke from the audience, showered Smith with praise for channeling his individuality through art.

“You didn’t grow up poor in the streets of Philly… when I seen your latest video, ‘Icon,’ I know what you’re up against,” Joe said. “It’s hard to be a pioneer in hip hop, because hip hop’s been around for 50 years, but what you’re doing is letting everybody know you can be exactly who you’re going to be, and you don’t care, and you’re going to make a name for yourself.”