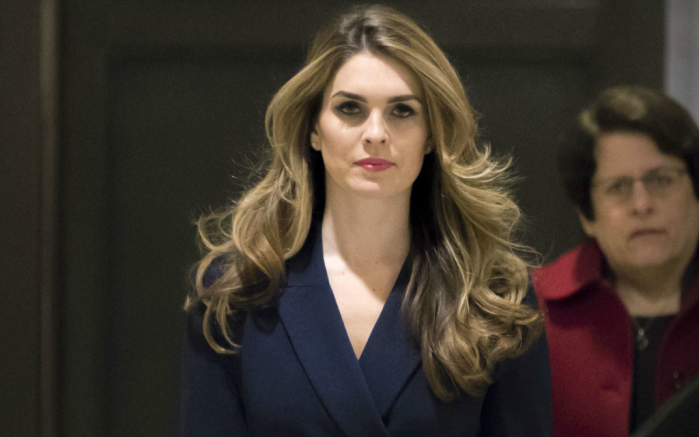 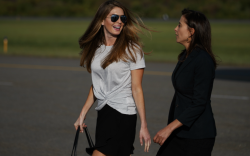 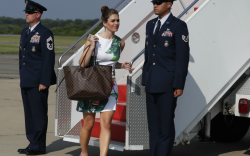 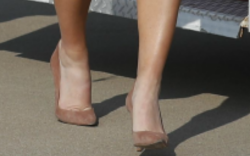 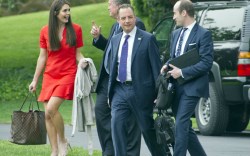 Hope Hicks made her way to the office in style yesterday, one day after announcing she would be resigning her post as White House communications director.

The departing staff member has left behind a fashionable impression, having sported stylish floral-print dresses and sleek, dark coats during her time spent working for Trump.

As far as footwear goes, Hicks has often favored pumps, and she made a stylish impression at the World Economic Forum in Davos, Switzerland, in January when she selected taupe-colored suede Stuart Weitzman thigh-high boots.

Hicks’ departure marks the end of her term as one of the president’s longest-serving advisers. While she has not announced what she plans to do next, Hicks’ colleagues say she expressed satisfaction with what she accomplished during her time in the White House.

“She told colleagues that she had accomplished what she felt she could with a job that made her one of the most powerful people in Washington,” a White House aide told the The New York Times.