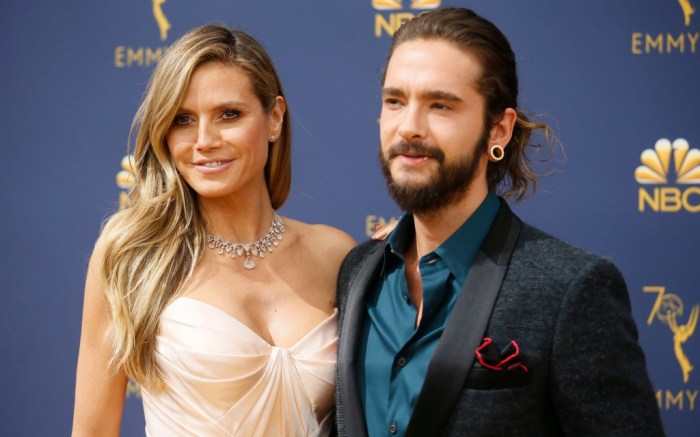 Heidi Klum is famous for her outrageous, all-out Halloween costumes. Year after year, she transforms herself into someone and/or something completely different and 2018 proved to be the same.

The supermodel-turned-television personality stepped out for her 19th annual Halloween party in New York City dressed up as Princess Fiona from the iconic animated film “Shrek.” Her boyfriend, 29-year-old German musician Tom Kaulitz turned into the green ogre.

The pair made a spectacular entrance, riding in an onion carriage before posing for photos on the black carpet with props (baby ogres in a wooden stroller). The 45-year-old former Victoria’ Secret Angel was completely unrecognizable as the character in a green velvet dress with gold embroidery on the bodice. A red braided wig and a tiny gold crown pulled her look together. Meanwhile, Kaulitz donned Shrek’s uniform: a vest with a tunic, plaid pants and shapeless brown shoes.

According to E!, the couple got to party with the original Shrek, Mike Myers, as he also attended last night’s festivities. The actor voiced the character in 2001.

Prior to the unveiling, Klum posted her intensive transformation process on Instagram.

Check out the gallery for more of this year’s best Halloween costumes.