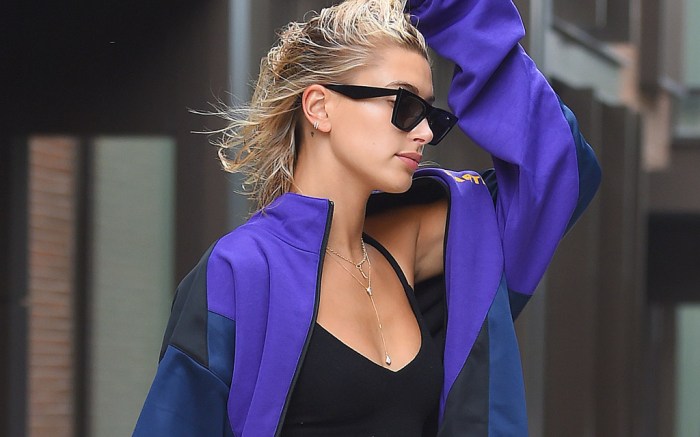 Since announcing their engagement in July, Hailey Baldwin and Justin Bieber have been spreading their love all over town, but it seems they might have hit a relationship roadblock, as we saw in their latest public outing.

During yesterday’s bike ride in Manhattan, the “Sorry” singer and his model fiancée paused for a break, with Bieber appearing visibly upset as Baldwin consoled him. Later in the day, the couple was seen at a Tribeca café, and both of them were tearing up.

While the reason behind this unhappy episode remains unclear, Baldwin took to Instagram Stories to share a photo of the two with a caption that read, “My Love.” She was also photographed yesterday in Brooklyn wearing an easy athleisure look pairing a color-blocked purple jacket with black sleeveless top and Adidas track pants.

Click through the gallery to see more of Hailey Baldwin’s street style looks.