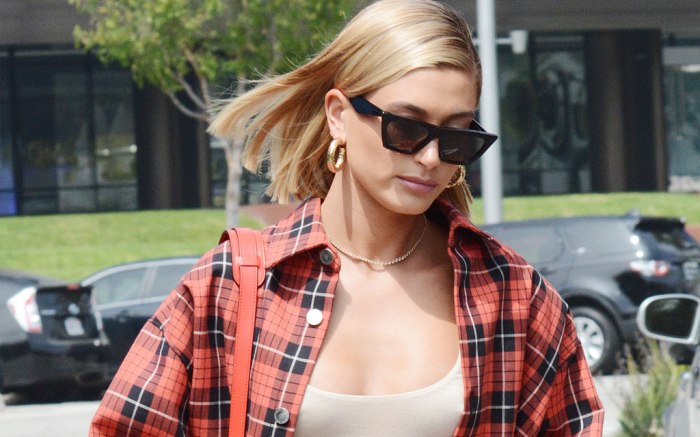 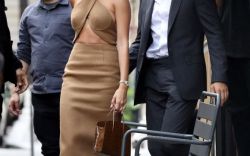 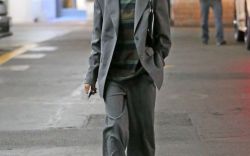 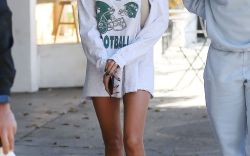 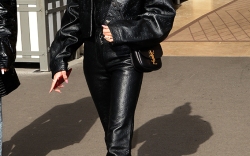 Hailey Baldwin is known for her stellar street style — and she’s put together lots of fashionable looks throughout the year.

The 22-year-old started off the year on a high note, stepping out in January in a pair of trendy Balenciaga Triple S sneakers. The dad shoe trend has been a big deal in 2018, and the Triple S sneakers were one of the buzziest styles.

Baldwin paired hers with a Balenciaga logo T-shirt and an oversized green flannel T-shirt for a casual look while out shopping.

The 2017 FN Style Influencer of the Year tends to prefer sneakers and flat boots for off-duty outings, and she’s held steady her love of casual footwear throughout 2018.

Dr. Martens workboots are a particular favorite of hers, perfect for pairing with jeans or cutoff shorts for a casual yet chic look.

One of Baldwin’s favorite pairs of sneakers this year has been the Adidas Continental, which offers a ’90s-inspired take on the popular white sneaker trend. While the model’s worn her Continentals time and again, a particularly memorable outfit came during a July outing with husband Justin Bieber, when she teamed the kicks with a denim Versace set.

The “Drop the Mic” host is a native New Yorker — and winter style is a no-brainer for her. A chic November look included a giant black teddy coat and shiny pants, paired with black Dr. Martens boots.

Click through the gallery for more of Hailey Baldwin’s 2018 street style.