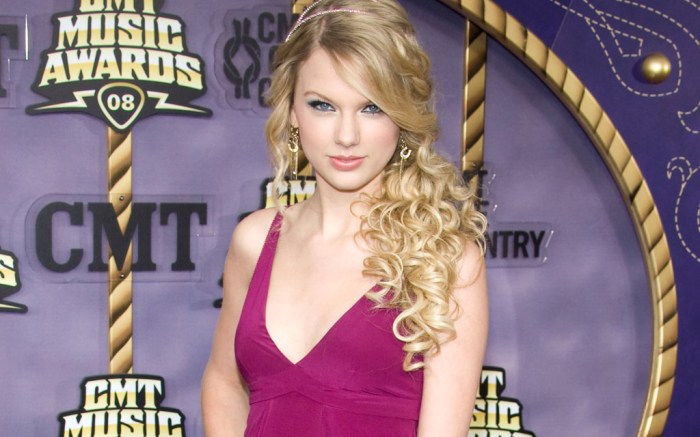 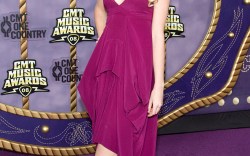 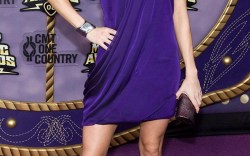 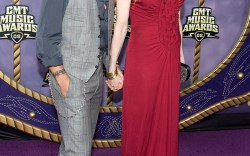 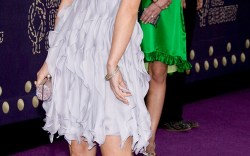 The 2018 CMT Music Awards are upon us, airing live from the Bridgestone Arena in Nashville, Tenn., on Wednesday. As we await this year’s event, FN is looking back at the CMT Music Awards’ purple carpet a decade ago.

Enter country music darling Taylor Swift, who emerged at the 2008 show with the Best Female Video award for her hit single “Our Song.” The then-18-year-old artist wore a plunging V-neck dress in magenta that featured an empire-waist cut and tiered skirt. As was trendy at the time, Swift paired the bright number with a matching pair of peep-toe Mary Jane-like heels.

Another notable guest was Miley Cyrus, whose current two-tone blond and ballsy personality contrast with the brunette locks and sweet demeanor of Cyrus’ past. It was a notable year for the former “Hannah Montana” star, who co-hosted the event with father Billy Ray and wore a floral-printed red and white maxidress to mark the occasion.

As the most awarded artist in CMT Music Awards’ history, Carrie Underwood is not to be forgotten. The “Cry Pretty” vocalist was among the chart toppers who graced the stage for performances. (She will also be performing at this year’s show.) In 2008, Underwood stepped out in a one-shoulder dress that was strictly on theme with the evening’s color of choice: purple. For footwear, she sported strappy silver sandals that snaked above the ankles.

Click through the gallery to see more photos of the 2008 CMT Music Awards.

Miley Cyrus Launches Her Converse Collection With Fans in L.A.